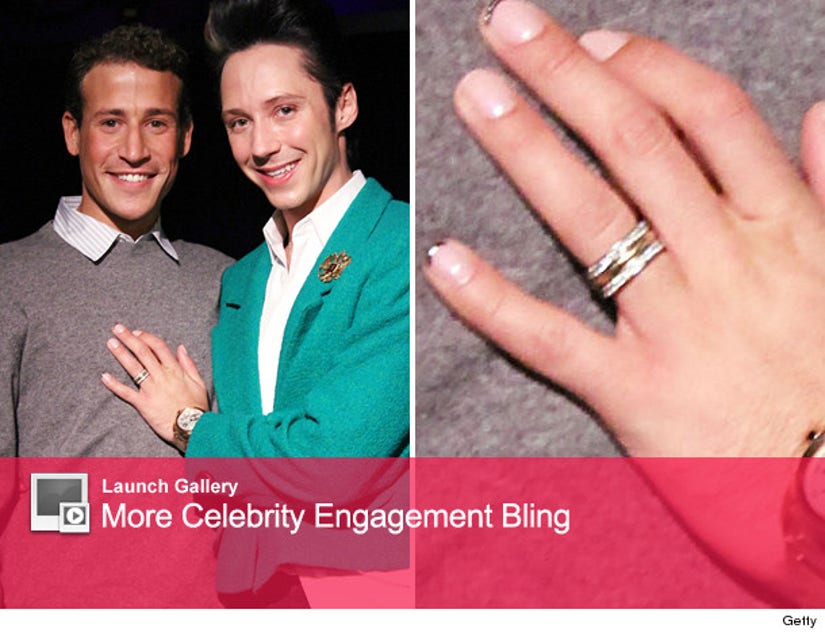 Weir and lawyer husband Victor Voronov made their public debut as newlyweds last night at a press conference, where he announced he's returning to competitive figure skating in the hopes he'll compete in the Sochi Olympics in 2014.

While posing for photos, Weir showed off his ring for the first time. From the looks of it, his wedding bling has a gold band with two bands of diamonds flanking it.

How does the ring compare to the engagement/wedding rings of other stars? Check out the gallery above!