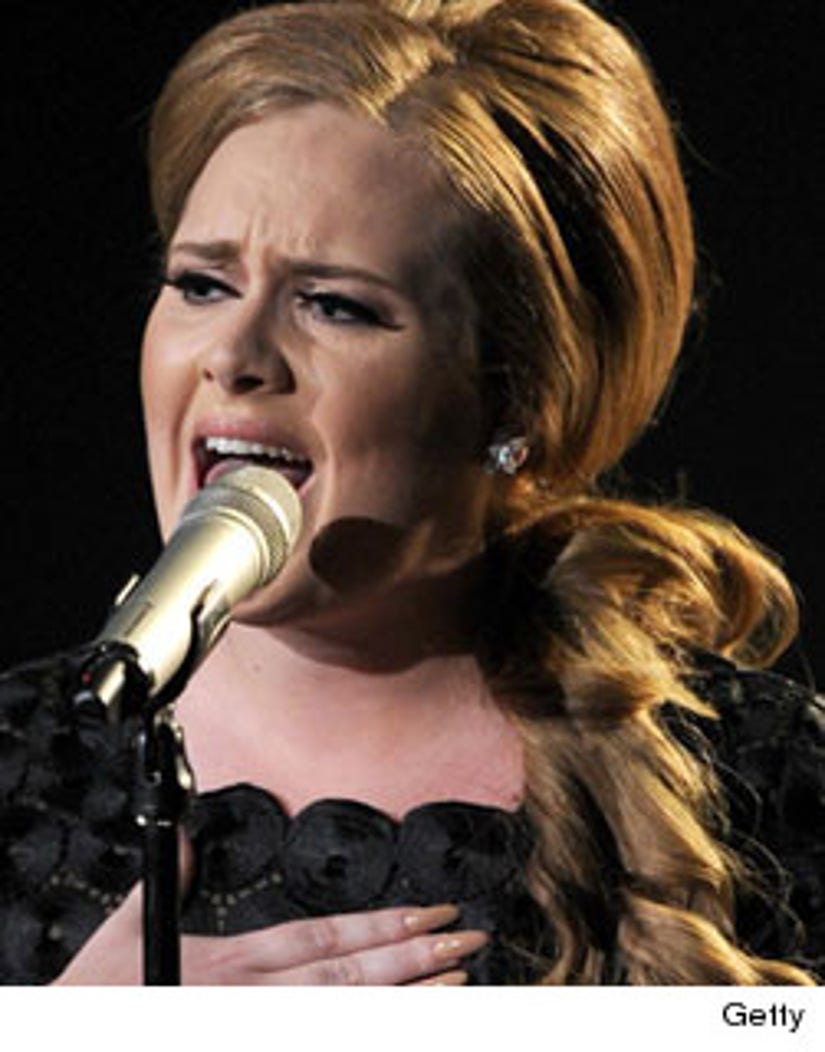 It is said that imitation is the sincerest form of flattery -- and if that is indeed the case, then Adele is one beloved lady.

The 23-year-old's Grammy-nominated single “Rolling in the Deep” has popped up everywhere over the last year – episodes of “Glee, ” “Gossip Girl” and “American Idol” (to name a few), the film “I Am Number Four,” numerous commercials and trailers, and has even been reportedly covered more than 350,000 times on YouTube!

Now we have what may be the best mash-up of the song to date -- a man named Luc Bergeron compiled 71 different performances in a video which he titled "World Covers - Rolling in the Deep." All ages, races and genders are seen belting out the hit tune, which we can only imagine would make the shy British songstress blush.

Click below to watch the full video. Which performer is your favorite?

If you recognize No. 49, it's because we featured her on toofab a few weeks ago. Check out Korean sensation Park Jinmin's amazing cover below!