Jim Carrey's 24-year-old daughter tried out for "American Idol" on last night's episode -- and apparently talent runs in the family!

In a pre-audition interview, Jane Carrey, Jim's daughter with ex-wife Melissa Womer, said it hasn't been easy having such a famous father.

"It's difficult growing up in a shadow trying to find your way," said Jane. "I feel like there is all this pressure to make it, but better ... I am here to just make my place in the world."

And that she did.

After making Jim's former "In Living Color" co-star Jennifer Lopez (she was a "Fly Girl," remember?) feel old, Jane sang Bonnie Raitt's "Something to Talk About."

She didn't blow the judges away, but sang well enough for them to give her another chance.

After she got a ticket to Hollywood, Jane called her father, who told Ryan Seacrest "She's so wonderful, she's amazing I can't wait for the world to understand what she has. Way to go. Oh my god this is going to be an exciting year."

How do you think she did? 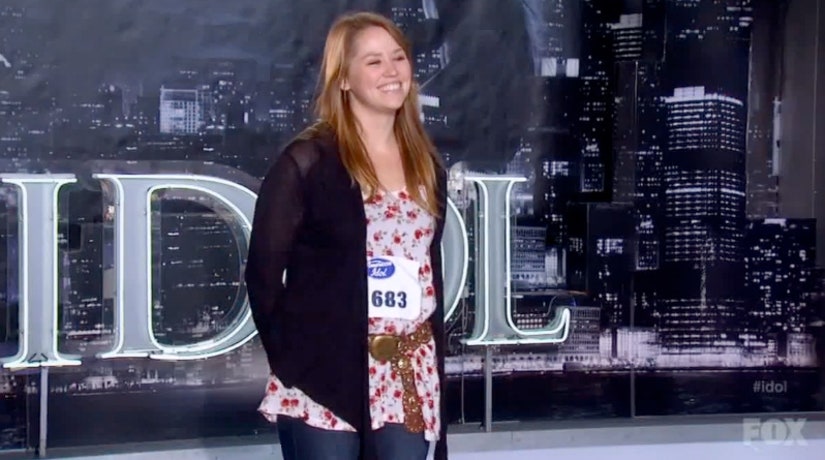