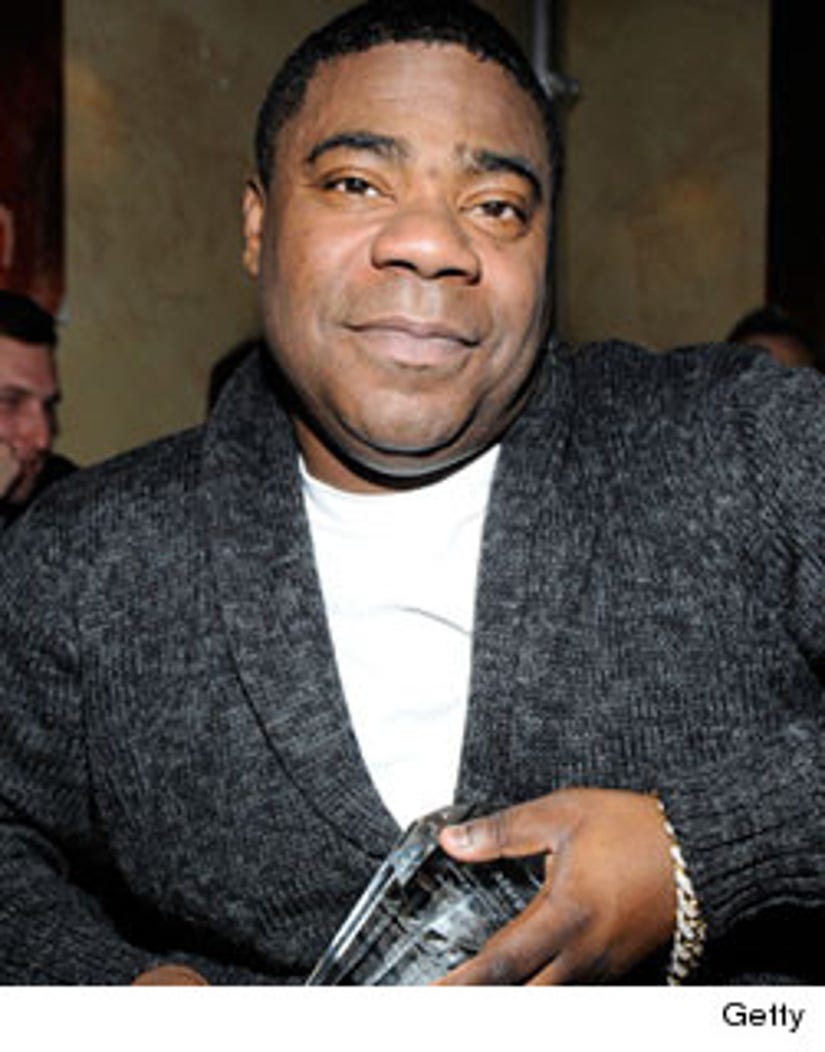 UPDATE: Tracy seems to be fine and in good spirits after his health scare.

The 43-year-old took to his Twitter account Monday morning with the following message: "Superman ran into a little kryptonite. The high altitude in Utah shook up this kid from Brooklyn. Thank U 2 the hospital staff. Back at work 2morrow shooting 30 Rock. Holla at me!"

PARK CITY, Utah (AP) — The publicist for comedian and "30 Rock" cast member Tracy Morgan says the actor suffered from a combination of exhaustion and altitude when he collapsed at the Sundance Film Festival in the U.S.

Publicist Lewis Kay says Morgan is grateful to the Park City Medical Center for its care after he collapsed Sunday. Park City's elevation is 7,000 feet (2,133 meters).

Morgan was escorted from the Creative Coalition Spotlight Awards ceremony.

Morgan is attending Sundance in connection with the comedy film "Predisposed," one of the films at the festival, in which he plays a drug dealer named Sprinkles.