Former Disney star – and perpetual teen idol – Nick Jonas hit the Broadway stage Tuesday for his opening night in “How To Succeed in Business Without Really Trying,” and his equally dreamy brothers were on hand to support him!

Kevin (24), Joe (22), and the “Bonus Jonas” Frankie (11) stopped by the Hirschfield Theatre in New York to cheer on Nick in his debut as J. Pierrepont Finch in the hit musical. The 19-year-old took over the role from “Glee's” Darren Criss -- who just finished a 3-week stint in the title role – and “Harry Potter” himself Daniel Radcliffe, who starred in the play for 10 months before Darren.

Already a Broadway vet, Nick took to Twitter prior to the show to thank his fans for their support -- and for making him a trending topic on the networking site: “Opening day has arrived! Thank you all so much for the TT's the well wishes for tonight! I love you all.”

Darren also chimed in to pass along the “How To Succeed” torch, saying “A very hearty congratulations to the amazing @NickJonas on his opening night for #HowToSucceed! I BELIEVE IN YOU, man! ;) #GreenBowTies”

Click “Launch Gallery” below to check out the shots of Nick on stage and celebrating with the other JoBros! 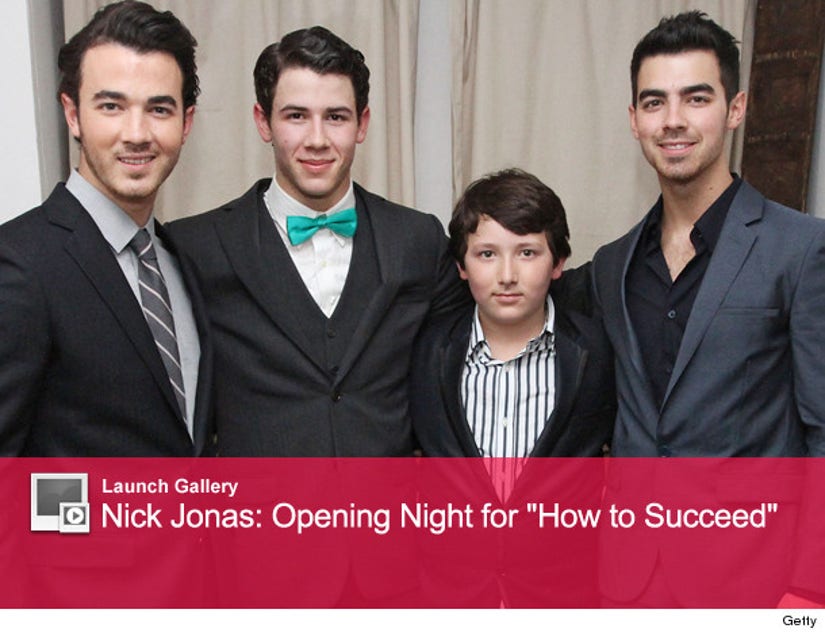