Catherine Willows has left the building.

After 12 years on "CSI," Marg Helgenberger's character said goodbye to the show last night -- and ended her run with an emotional speech to her team.

With real tears in her eyes and a shaky voice, Catherine broke the news that she's leaving Las Vegas to work for the FBI.

"You are all family, which is why this is the hardest decision I've ever made, how can I leave this place?" she said to a surprised team.

She added, "Not only are you in great hands, but you are a rock solid, bad ass team of criminalists and don't you ever forget it!"

The scene ended with a group hug, one that was likely very emotional for the stars of the show in real life too.

So why did Marg leave? She recently told the Hollywood Reporter "I don't have the energy at 53 that I did when I started this show at 41. In that 12-year span, there were lots of changes in my life."

Elisabeth Shue will step in next month to fill the void left by Marg's departure. 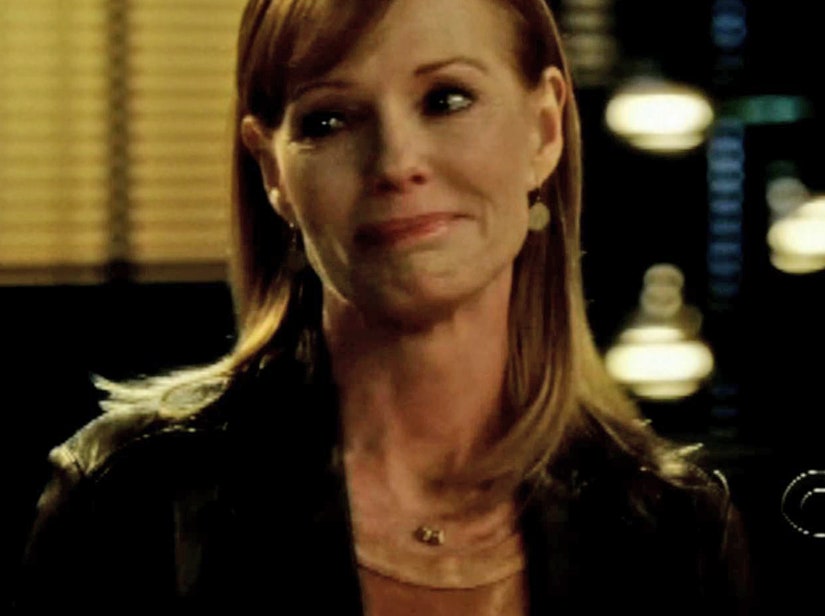