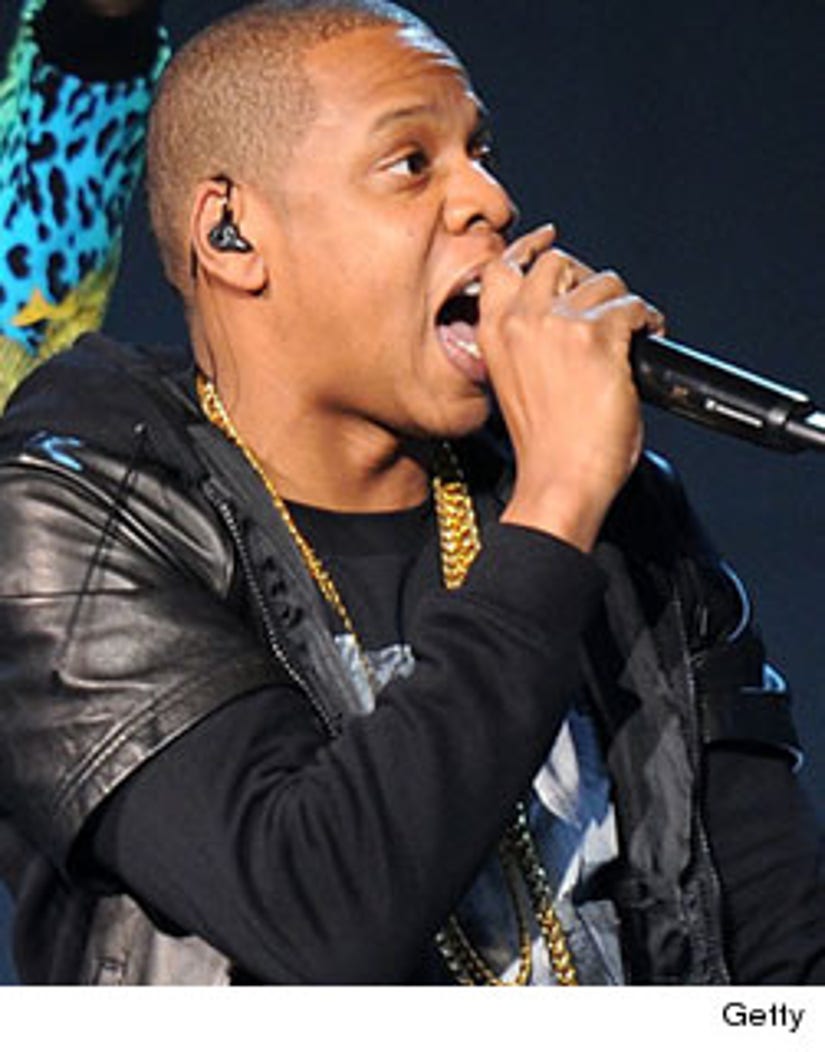 NEW YORK (AP) — Since its beginnings in the 1970s, rap music has transformed from an underground, street-based sound to a definitive part of pop culture, transcending race and becoming one of the strongest — and most prolific — voices of today's generation. But at the Grammy Awards, rap has had a long-lasting losing streak in the top categories.

The hip-hop sound — first recognized at the 1989 Grammys — has garnered numerous prestigious nominations over the years, and for 10 of the last 14 years, rap acts have either led or tied for most Grammy nominations. But rarely will a hip-hop act win one of the show's top four honors — album, song and record of the year, along with best new artist. Instead, rap acts tend to win rap awards.

50 Cent, who won his first and only Grammy two years ago, believes Grammy voters are out-of-touch and need a fresh outlook on what's going on in contemporary music.

"I think that the board is a lot older and they're conservative, so some of the content in the music is offensive on some level," said 50 Cent, who famously interrupted Evanescence's best new artist speech by walking onstage when he lost to the rock group in 2004. "There's a lot of people that don't accept that hip-hop culture is now pop culture."

This year, hip-hop leads the Grammys in nominations again, with Kanye West earning seven; it's his third year as the show's top-nominated act, and his fourth overall (he tied Mariah Carey and John Legend for most nominations at the 2006 Grammys). While his song "All of the Lights" is up for song of the year, his critically revered fifth album, "My Beautiful Dark Twisted Fantasy," didn't score an album of the year nomination, a shock to many. Even Jimmy Jam — the chair emeritus of the National Academy of Recording Arts and Sciences — was surprised by West's snub.

"I think he's one of the genius artists, and I'm saying this as a person who's worked with Michael Jackson and Prince, so I don't throw that word around lightly," Jam said. "So, yes, I was surprised."

West's album with Jay-Z, "Watch the Throne," was also left out of the top album category; both CDs are nominated for best rap album.

Jay-Z, who once boycotted the Grammys because of the show's lack of love for hip-hop, says Grammy nominations are "cool," but he doesn't use the accolades as a barometer of his success.

"The Grammys and all of those other things, they're fine and it's a good way for everyone to get together amongst their peers and collect some trophies at the end of the night, but my whole thing is for the people, as long as the people accept it — that's my real Grammy," Jay-Z said. "As long as it connects with an audience in a way."

But Steve Stoute, the former record executive who accused the Grammys of being irrelevant last year in a full-page advertisement in The New York Times after Eminem and Justin Bieber lost top awards, says there is a bigger problem. Stoute believes The Recording Academy doesn't have board members who understand hip-hop as a true art form.

In Grammy history, 14 hip-hop albums have received nominations for album of the year. Lauryn Hill has the distinction of being the first hip-hop artist to win album of the year for "The Miseducation of Lauryn Hill" in 1999, but the album, while featuring rap, was heavy on R&B. Hill also won best new artist that year, the second time a rap-based act had done so following Arrested Development's win in 1993. A rapper hasn't won the award since.

OutKast, the alternative, genre-bending hip-hop duo, followed in Hill's footsteps with an album of the year win in 2004 for the double disc "Speakerboxxx/The Love Below." It, too, was not strictly hip-hop, as Andre 3000 blended rock and even jazz for his half of the project.

But while there have been high-profile wins, what stands out more are the losses. No rapper has ever won record or song of the year, and both Eminem and West, each nominated three times, have failed to win the album of the year trophy in years where they appeared to be critical favorites.

At last year's Grammys, three of the five songs nominated for record of the year were rap smashes. Lady Antebellum's crossover hit, "Need You Now," ended up taking away the record and song of the year honors.

Ahmir "Questlove" Thompson, the leader and drummer of The Roots, says the hip-hop community shares some of the blame for its losing streak. He says those in the genre aren't involved enough with The Recording Academy, its community and its events.

"We're not active members of (The Recording Academy) and I promise to take a more active role in that," said Questlove, who has won three Grammys. "I should definitely come and be more involved in that. It's taxing time-wise, but you know, I can either sit and complain ... or do something about it."

Jam says rap's losses are also a reflection of the Grammy membership, which he said is "traditionally very heavy" with members of the country, jazz and classical music worlds.

"We're a membership organization and the members vote. So, if the numbers of members who consider themselves of the hip-hop genre ... if those numbers are lower, then the results probably point to that fact," Jam said.

But Stoute, who is the author of "The Tanning of America: How Hip-Hop Created a Culture That Rewrote the Rules of the New Economy," had harsh words for Jam, a founding member of funk-soul band The Time and best known for producing multiple hits for Janet Jackson, Usher, Boyz II Men and more with partner . Stoute and Jam had a conversation after last year's awards, and Stoute was upset that Jay-Z's "Empire State of Mind" wasn't up for song of the year: At the Grammys, a track is not eligible for that award if it contains a sample or if it's not an original piece of work; that disqualifies much of rap, which relies heavily on sampling ("Empire State of Mind" samples The Moments' "Love on a Two-Way Street").

Stoute said Jam should be helping hip-hop, and blasted the renowned producer.

"What he's doing is not right," Stoute said of Jam. "And if he's supposed to be the guy who understands urban music because of his famed career as a producer ... (and) if he's not going to be sensitive to the creativity around hip-hop, I am sorry, we're in trouble."

Jam, who was The Recording Academy's chairman from 2005 to 2009, says his goal was to diversify the Grammy community, and if people have an issue with traditional Grammy rules, they should demand a change.

"You can write a proposal," Jam said. "I hope ... people step up to the challenge rather than dismiss it, which is the easy thing to do.'"

Jam also said he helped bring forth the best rap song award at the 2004 Grammys, which honors rap tracks that contain samples. Jam also implemented a new rule in 2009 that allowed anyone nominated for a Grammy to bypass the regular application process and automatically be made a member for a year. He said he did it so that nominated acts would easily be involved in the organization the following year.

"If hip-hop is the most nominated, then they should be the best represented according to what I did," Jam said.