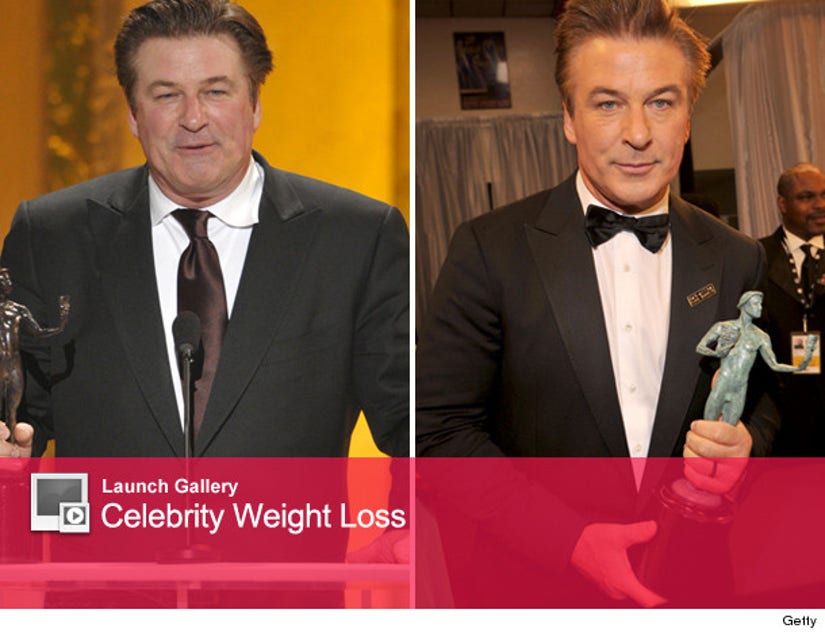 Alec Baldwin had more than a trophy to be proud about at last night's SAG Awards!

The "30 Rock" star, who picked up the statue for Best Actor in a Television Series, used the appearance to show off his impressive 30 lb. weight loss.

Earlier this month, Baldwin told Access Hollywood he dropped the weight by cutting sugar from his diet and credits a routine of pilates, spin and yoga.

It probably helps that the 53-year-old is also dating a yoga instructor.

He's looking great -- check out the different between his appearance last night (right) and at the same event in 2011 (left).

See more cases of Celebrity Weight Loss in the gallery above.