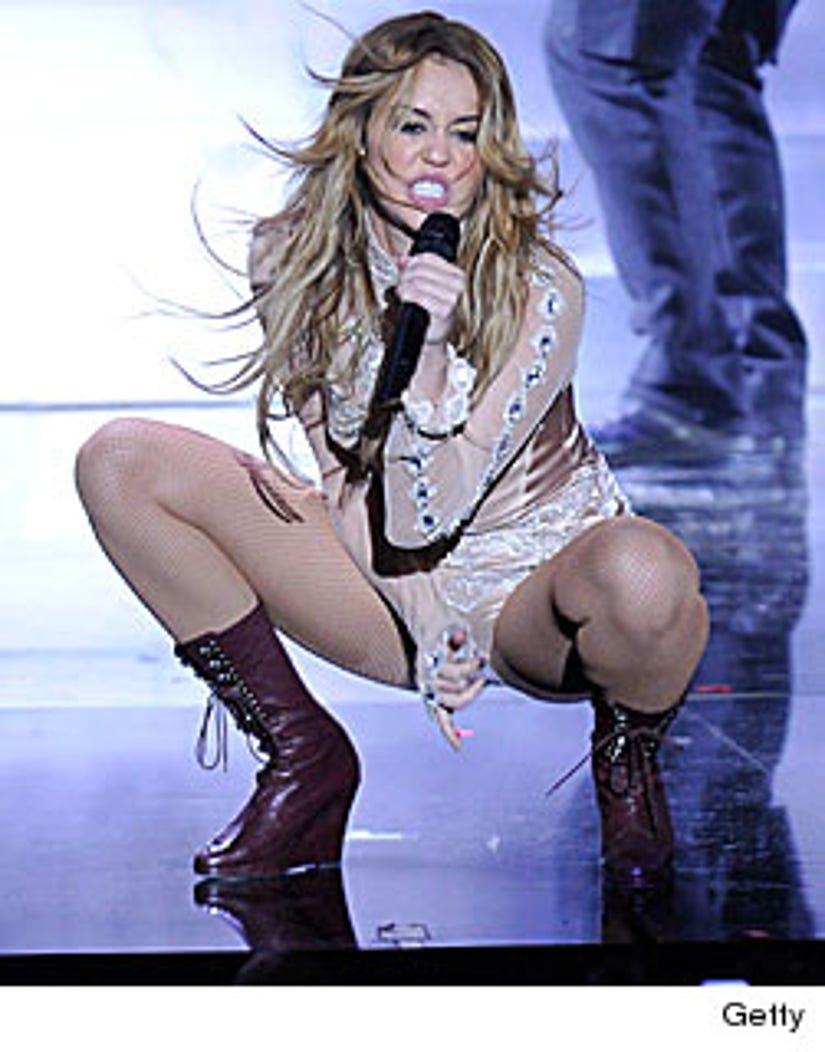 Miley Cyrus won't be busting a dance move like the one to the right anytime soon.

The 19-year-old apparently injured herself while horsing around.

On Tuesday, the starlet tweeted, "cracked my tail bone doing a front flip... on to the couch. thats like when i tripped over a pillow and broke my arm. #onlyme."

While her condition is unknown, Miley seems to be in good spirits, later tweeting a photo of her dogs and declaring her love of overalls. Hopefully her boyfriend Liam Hemsworth is helping her recover.

Calls to Miley's rep were not returned.