Do you know who this gorgeous gap-toothed model is?

It's Georgia May Jagger -- the daughter of Rolling Stones frontman Mick Jagger and model Jerry Hall.

The 20-year-old graces the March 2012 cover of Harper's Bazaar UK shot by Alexi Lubomirski. Check out all the provocative photos below: 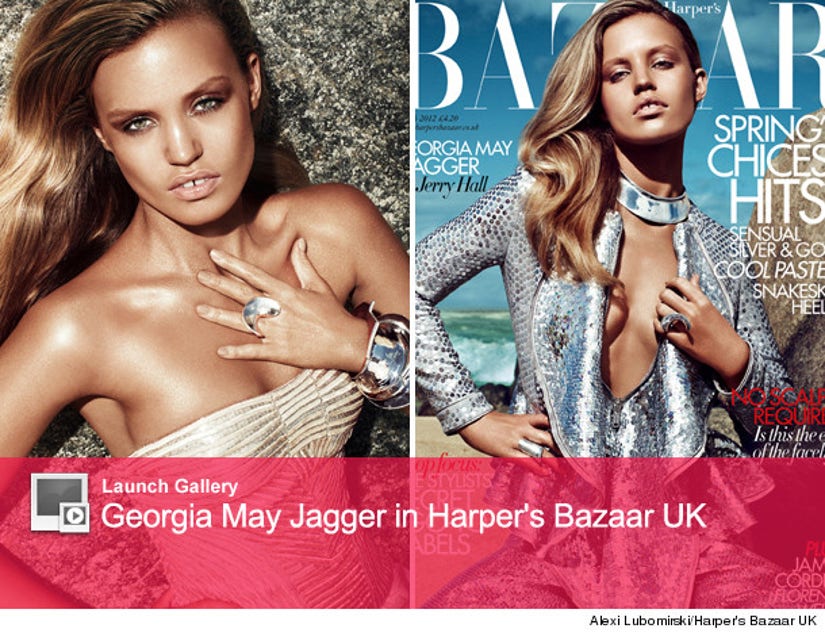 Jerry shared how her daughter is following in her footsteps in the accompanying interview:

On how Georgia became involved in modelling:

“When Georgia was 14, I asked David Bailey to take her picture. It was her first studio shoot. She was still in school, so she didn't think much of it (and I think she found David quite intimidating). But then she got asked to do another shoot, for a magazine, and afterwards she said, 'Oh my God, that was so much fun. I loved it. It was like acting.'”

On working together as mother and daughter:

“The last couple of modelling jobs I did were with Georgia, like the H&M campaign we did together last year, so she's given me a bit of a revival. It was great to work with her; I think she's incredibly sexy. One of the best things about her is that gap in her teeth. She never fixed it. It's all about that acceptance of the way you are -- and she understands that.”

On Georgia witnessing the dark side of fame from a young age:

“Georgia saw Keith and Ronnie in action and I think that put her off a bit. I think she thought, 'Oh God, I don't want to be like that.'”

For Georgia May Jagger's full photoshoot and interview with Jerry Hall in the March issue of Harper's Bazaar UK -- on sale Thursday, February 2 or online.