President Barack Obama and hopeful Mitt Romney have both broken out into song in the past month -- and now the First Lady is sounding off on both their performances!

"He does have a beautiful voice, and he sings to me all the time," Michelle Obama said of her husband on Tuesday's "Tonight Show with Jay Leno.

Barack became an Internet sensation last month after he sang a bar of Al Green's "Let's Stay Together" at a fundraiser at the Apollo Theater.

While she enjoyed it, the couple's two daughters had a different take. Michelle said "Anything we do is highly embarrassing. They just want us to be very quiet."

As for Romney butchering "America the Beautiful," Michelle said she watched it backstage at Leno ... and thought it was "Beautiful." Yeah, right!

Check out the video to see Michelle even sing a note herself. It's clear Barack has the better voice. 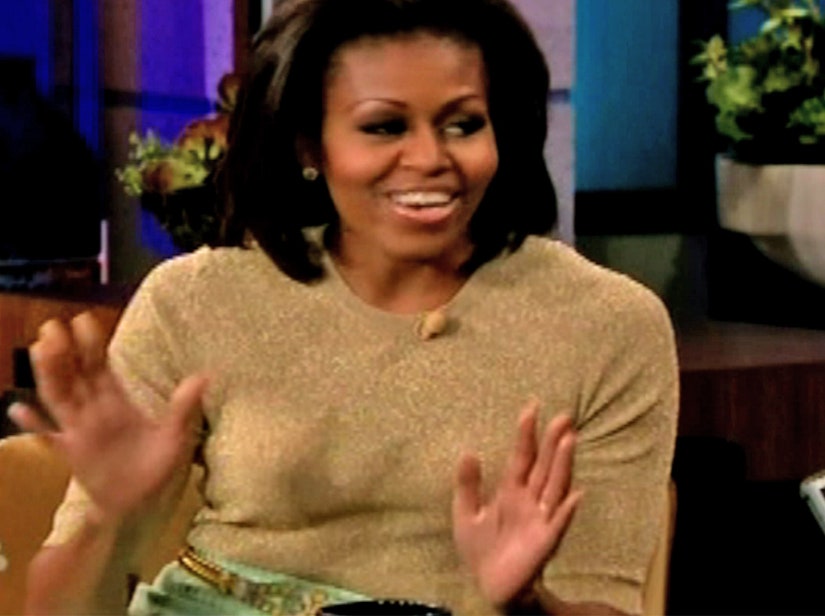