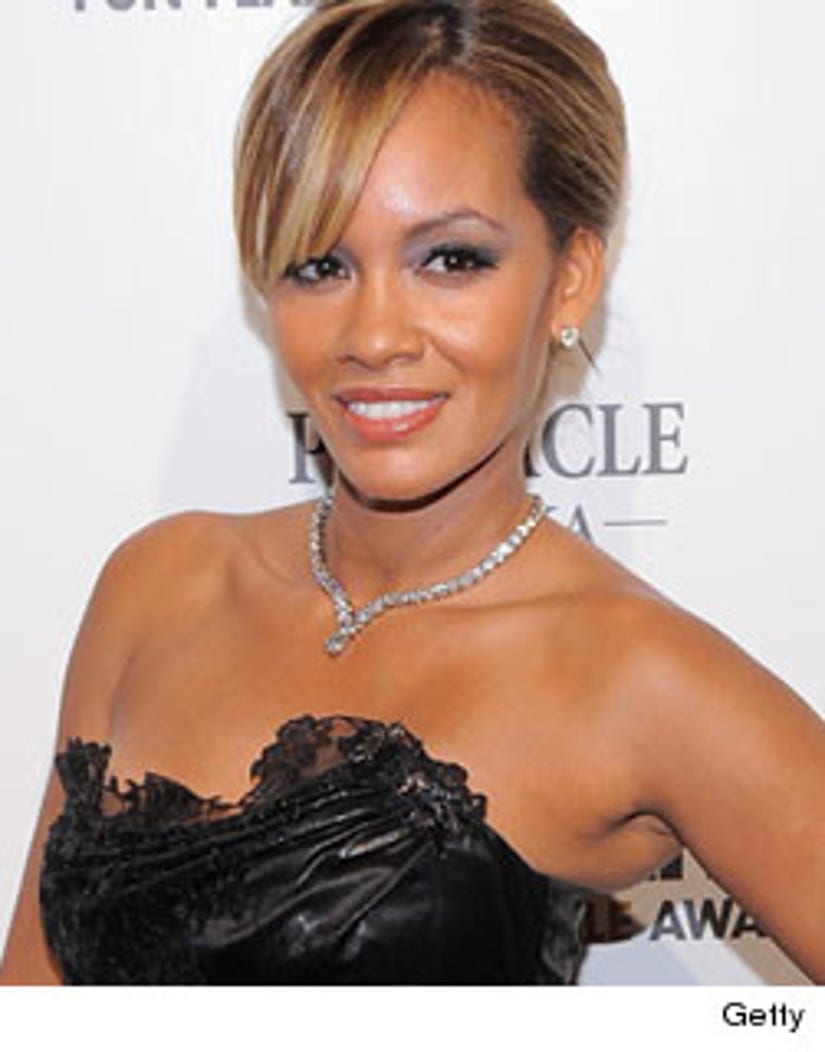 For breakout star Evelyn Lozada, life has been super busy. The former fiancee of NBA star Antoine Walker and current fiancee to NFL all-star Chad Ochocinco has penned a book and was recently featured in a steamy spread for MAXIM magazine here.

Toofab's Anthony Dominic caught up with the reality star turned entrepreneur to talk about her tell-all, her latest project and those insane abs!

As someone involved with pro athletes, Evelyn had tons of juicy material for her upcoming book, "The Wives Association: The Inner Circle." In fact, there's enough gossip for two more books, which Evelyn calls "a series of three with a lot of juicy stories."

"The Inner Circle" comes out in June, but the beauty is dropping a makeup line this month, E by Evelyn Lozada. “I wanted to make an affordable line so everyone can get it. Not everyone can afford Mac makeup, so I'm bringing customers the same quality for a better price,” said Lozada.

Of course, we had to ask her about her sexy MAXIM photo shoot. “It was freezing but an amazing experience,” she said. “People thought my abs were sprayed on but they weren't. They are all real!” Do you think they are?

Other gossip that's been making the rounds is that Lozada would not be returning to “Basketball Wives” for the 4th season. However, the rumors have since been put to rest and fans can expect, “the best season yet,” said Lozada.

Will you be tuning in? Tell toofab in the comments below!