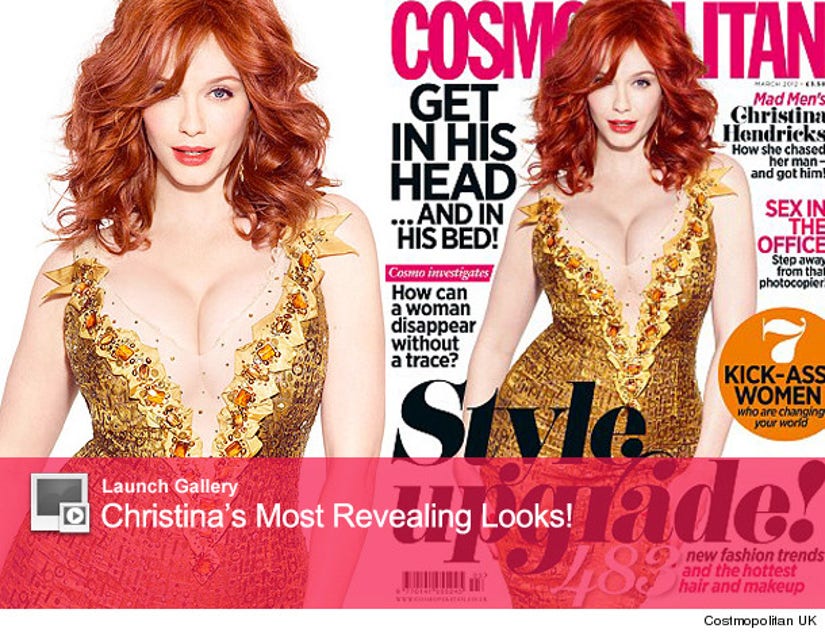 The 36-year-old bombshell, best known as Joan Holloway on the hit AMC show, barely squeezes into a tight gold dress for the magazine's February issue, where she talks about being called "sexy."

"It's incredibly flattering and surprising, and I didn't think for a second when I started Mad Men that people would talk about me as being sexy or a pin up," says Hendricks. "My husband has a good laugh about it, of course."

So what does sexiness mean to her? "Sexiness is about confidence and individuality. I can't keep my eyes off the women you see in cities like London, New York and Paris - the way they carry themselves and put themselves together are always so unique. Sexiness is about being an individual and having conviction about what that is."

See more photos of Christina being incredibly sexy herself in the gallery above.