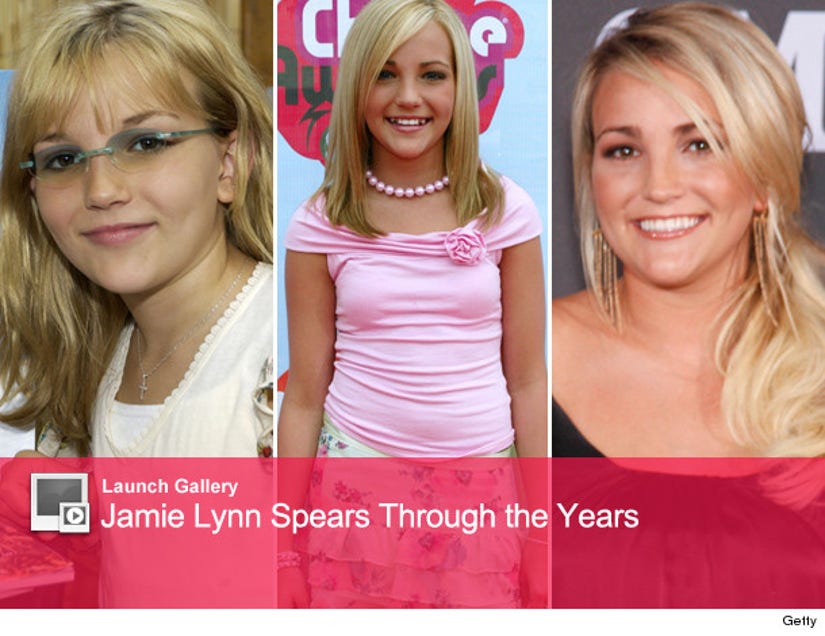 The stars of "Teen Mom" are getting props from someone who's been in their situation: Jamie Lynn Spears.

Britney Spears' younger sister, who got pregnant at 16, opens up about motherhood and the MTV show in the latest issue of Glamour.

"When I saw MTV's Teen Mom was coming out, I remember thinking, Oh my God, I cannot wait to see this show because there's someone else out there," she tells the mag. "I mean, I feel for those girls. I've been that girl. It does show that motherhood is hard. It takes bravery to be a young mom, and it does take bravery to let the world watch."

She's such a fan, Spears even recently reached out to one of the show's stars, Chelsea Houska, over Twitter to set up a play date.

Spears also talked about her baby daddy, Casey Aldridge, adding "We tried. We really wanted to do it right. We loved each other. I will love him as Maddie's father until the day I die."

The 20-year-old says Maddie sees her father one weekend a month and adds that they will warn her about having sex at a young age when the time is right.

"Both her daddy and me will caution her [about having sex], and I would hope that she would not want to do that at all, but I have to make sure that I'm realistic too. I've got to figure out a way to communicate to her to make smart choices and make the best decisions she can."

Check out Jamie Lynn's transition over the years above.

For more with Spears, read the full interview over at Glamour.com.