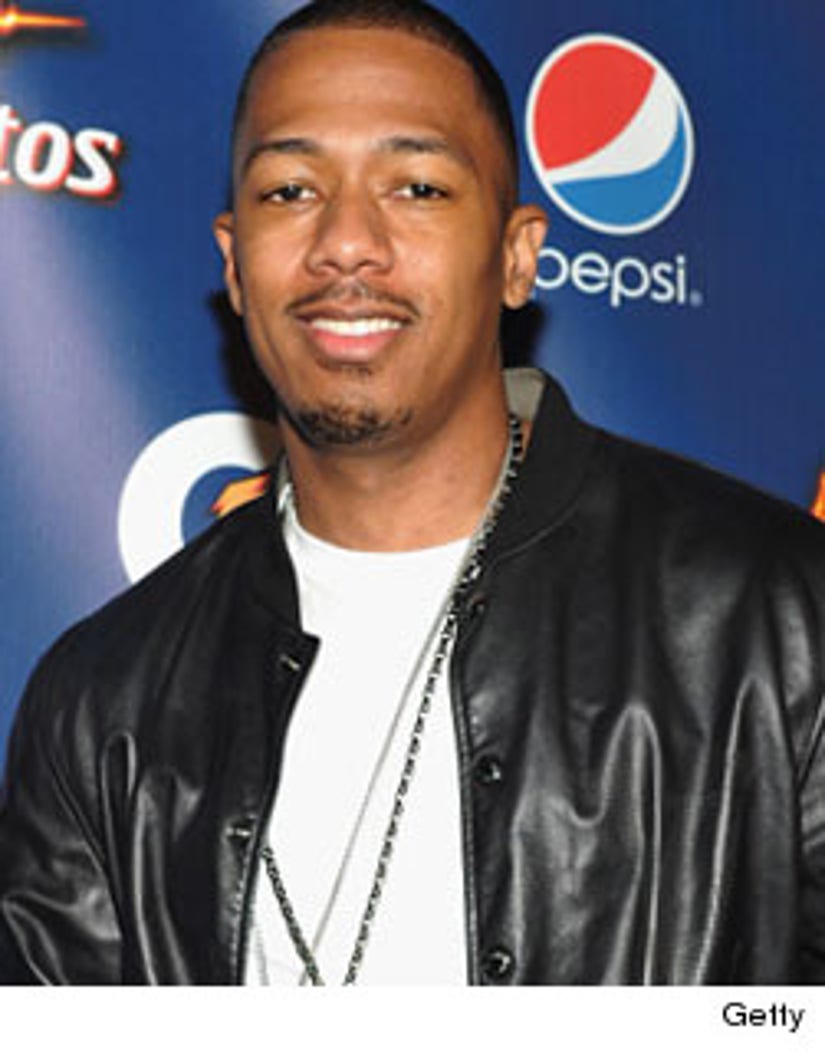 INDIANAPOLIS (AP) — What do you do after recovering from a serious illness? If you're Nick Cannon, you celebrate by attending the Super Bowl.

The entertainer was hospitalized last month after suffering from a form of mild kidney failure, but he says he is now fully healed.

"This is a great place to get back and debut the healthy Nick," he said on Sunday during a break as the host of NBC's pre-game show. "Everybody's out here having a good time, and you know people were worried like, 'Is he going to be able to do the Super Bowl pre-show?' But I am 100 percent feeling good right now."

Cannon attributes his improved health to a change in diet, but says he does not eat the same food as wife , who recently lost weight after giving birth to their twins Moroccan and Monroe.

"I used to be a fast-food junkie," Cannon explained. "She gets to have higher protein, which isn't fair because I love my steaks and I can't eat that anymore. Her carbs are lower so we are both on a diet, but it is different."

Cannon, who is a New York Giants fan, attended various events in the days leading up to the Super Bowl.

While his family was not with him, they were not far from his mind. When asked if he'd like to expand his brood one day, he laughed and said: "I would love to have more children. Now my wife on the other hand, I think the twins took a toll on her. She is like, 'I ain't doing that again.'"