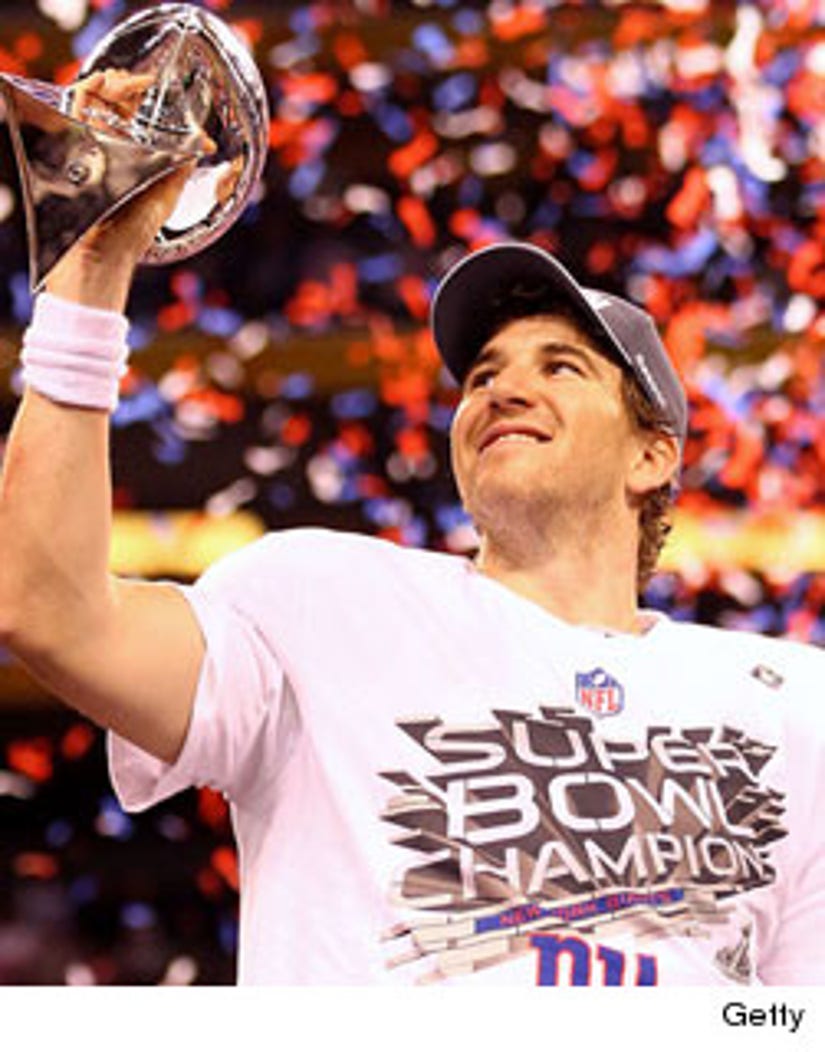 Eli Manning has a lot of reasons to celebrate today -- yes his team won the Super Bowl, and yes he was named MVP, but also, Sunday night's New York Giants' Super Bowl win over the New England Patriots was the highest-rated TV program in history!

NEW YORK (AP) For the third consecutive year, the Super Bowl has set a record as the most-watched television show in U.S. history.

NBC was blessed by a competitive game between two teams that played one of the Super Bowl's most memorable games four years ago, with one of them representing the largest media market in the country.

The last two Super Bowls, along with the 2010 game between New Orleans and Indianapolis and the finale of "M-A-S-H" in 1983, are the only programs to exceed 100 million viewers in U.S. television history.

Madonna has some bragging rights, too. Her halftime show was seen by an estimated 114 million people -- a higher average than the game itself -- and was the most-watched Super Bowl halftime entertainment show on record, Nielsen said.

The good news continued after the game for NBC, when the heavily-promoted season premiere of "The Voice" kept 37.6 million people in front of the television.