It was a "Bachelorette" party in West Hollywood yesterday, when three of the women from ABC's popular show got together for a day of beauty and girl talk.

Upcoming "Bachelorette" Emily Maynard was joined by past-season stars Ashley Hebert and Ali Fedotowsky at Blushington Makeup & Beauty Lounge, where they dished about the show. Naturally, cameras were there to capture all the action.

Both Ashley and Ali found love on the show, but Ali recently ended her relationship with Roberto Martinez. Ashley is still engaged to her suitor from the show, J.P. Rosenbaum.

Emily was chosen by "Bachelor" Brad Womack during his second turn on the show. Their engagement ended last year. Show host Chris Harrison said the 25-year-old single mom was initially reluctant to become the Bachelorette, mostly over concerns over her young daughter Ricki.

Check out photos of the reality stars below: 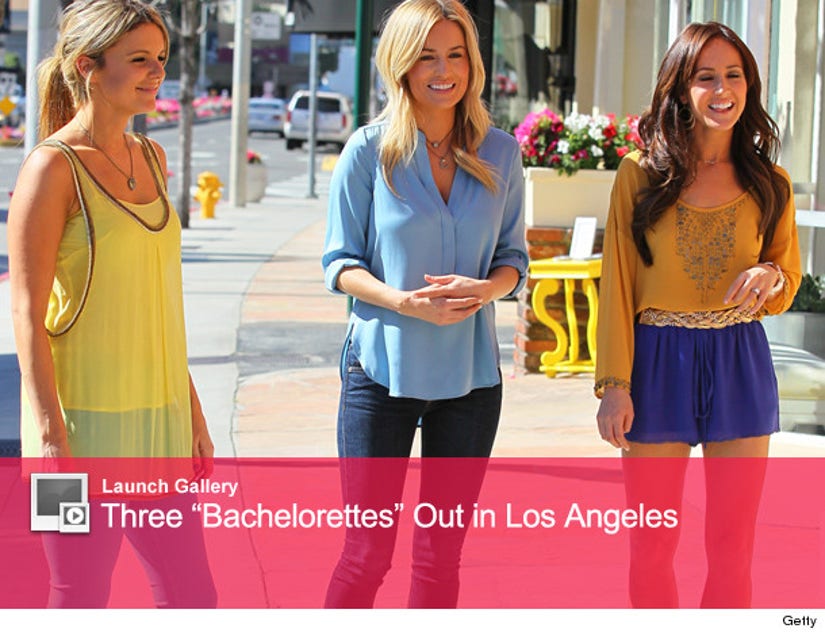 Do you think Emily is looking for love, fame or both? Vote in toofab's poll, below!