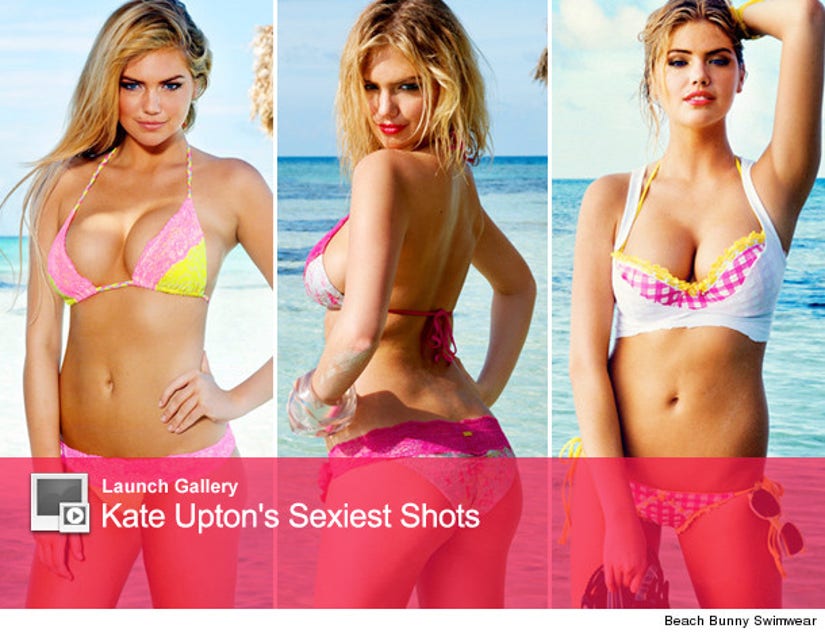 Kate Upton is the newest face (and body) to grace the Sports Illustrated Swimsuit Issue.

The buxom blonde has gotten plenty of exposure (and we mean plenty, judging by that teeny red bikini) but how much do you really know about her?

Kate is an equestrienne who has won five riding championships. Her horse is named Roanie Pony.

2. She broke into the business young.

Kate went to an open call at age 15 and was signed that day. She modeled in Miami and also did a lot of campaigns in Europe.

Previous cover models Irina Shayk, Brooklyn Decker, Bar Refaeli, Marisa Miller and Beyonce Knowles were all in their 20s when they were shot for the cover. Kate is only 19 years old.

This video of Kate doing "The Dougie" at a Clippers game became a viral sensation, garnering over 3 million page views.

Of course, you're here to see her photos too, so check her out modeling the 2012 Spring Collection of Beach Bunny Swimwear at the top of the page. Wow. Just wow.