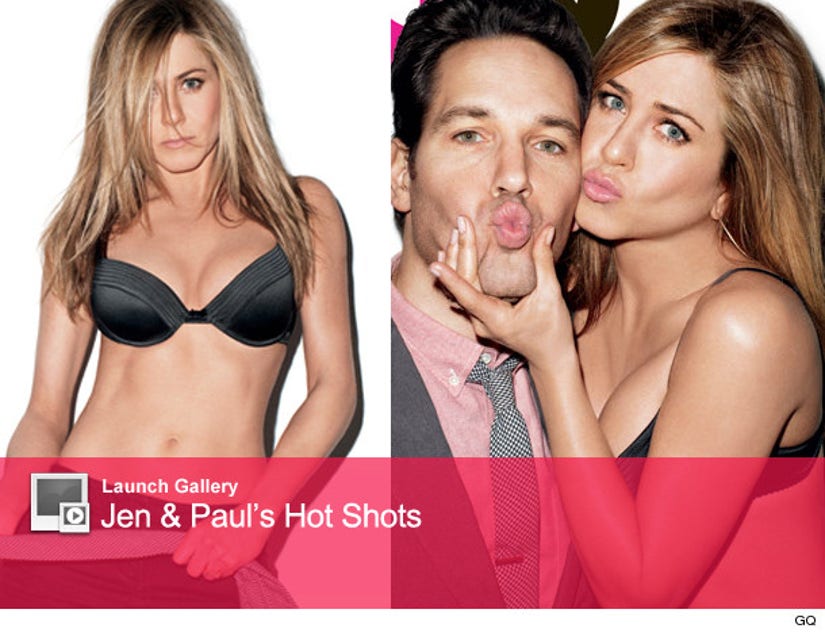 Looking at Jennifer Aniston's toned abs above, it's safe to say she's not pregnant -- but, just in case, she's making it 100% clear.

"I'm not having triplets. Not having twins. Nor am I having one baby," she says in the March issue of GQ, adding she also "did not elope."

Tabloid scrutiny has followed Jen since her divorce from Brad Pitt, which always seems to get referenced in one way or another -- even when promoting new movie, "Wanderlust."

"The movie is about a marriage at a turning point ... Jen, I gather you've been married, too?" the interviewer jokes during the interview.

"That is correct. And I'm now divorced. In case you hadn't heard," she slyly replies.

Now she's just happy with new boyfriend Justin Theroux ... and while they have a dog together, she's not on a mission to have kids.

"I still kind of go with, if it happens, it happens," Jen says of getting pregnant. "I'm calm and peaceful with whatever the plan is. It's not something where I'm going, 'I gotta have a kid!'"

Check out some of the sexy shots with "Wanderlust" co-star Paul Rudd above, plus more photos and the full interview over at GQ.