Vanessa Hudgens showed off her new 'do while shopping at a Chanel store in Paris on Tuesday.

The 23-year-old starlet looked cheerful as she browsed the Paris boutiques, revealing her newly trimmed tresses in a short and sleek bob. 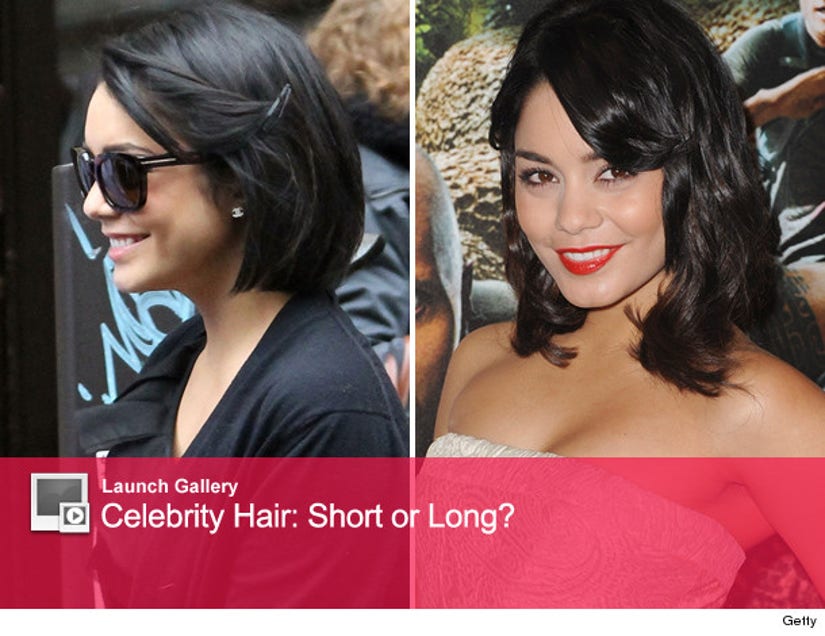 The former Disney star was asked to chop off her brunette mane last summer to play the part of Agnes, a pregnant, homeless teenager in the upcoming flick “Gimme Shelter.”

“I miss [my hair] believe me, I do, but there's nothing I can do about it" Hudgens told “Access Hollywood” in July.

Since then it seems like the actress has had a change of heart or should we say hair, and instead of growing her signature locks back out, it looks like she'll be keeping it short for now.

The chic new cut definitely gives Hudgens a more mature look, but she isn't the only star going bob, Miley Cyrus also showed off a similar, but slightly longer version of the haircut over the weekend.

So what do you think, is it hit or miss? Let us know!