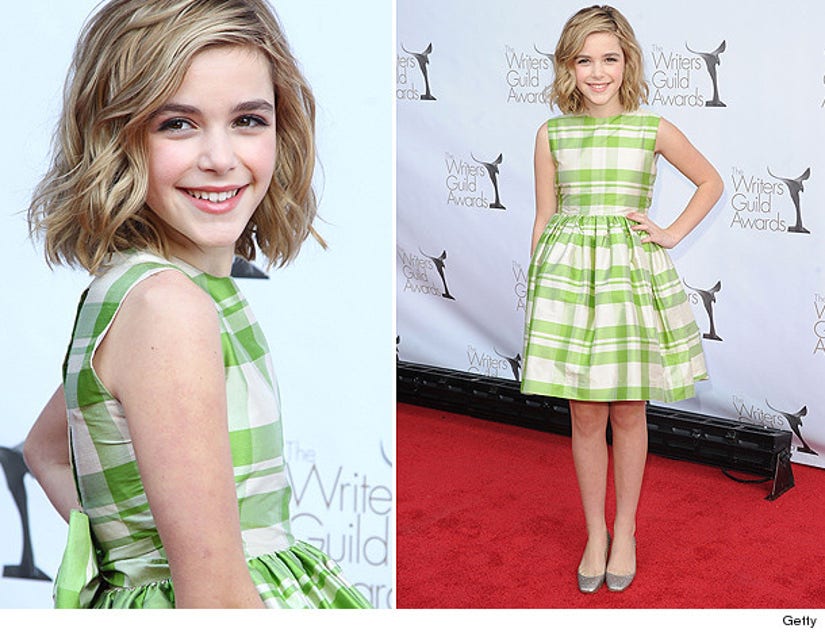 It's been over a year and a half since "Mad Men" has been on the air -- and the young actress who plays little Sally Draper has grown in that short time!

Kiernan Shipka, now 12-years-old, stepped onto the red carpet last night at the 2012 Writers Guild Awards at the Hollywood Palladium, where she proved quite the fashionista.

She looked adorable in a very 60s-inspired green and white dress, something that would fit in perfectly with the AMC show.

The show returns March 25 -- check out two just-released promos below.