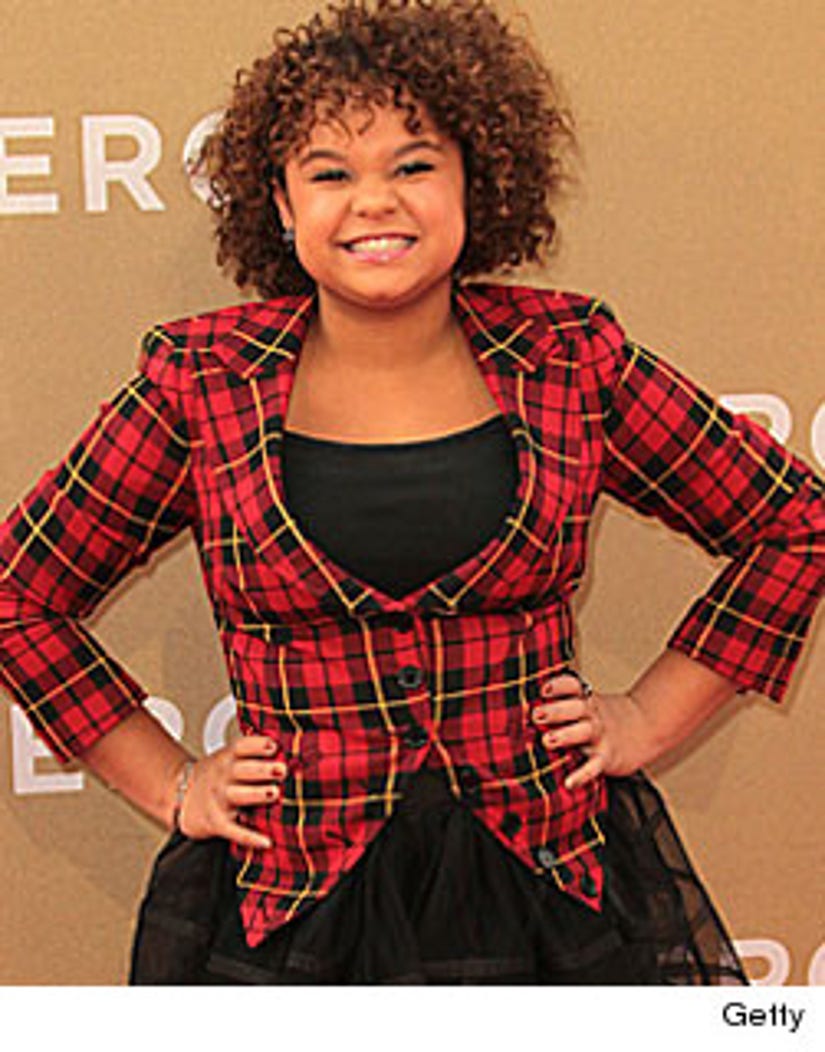 Rachel Crow took "The X Factor" fans by storm with her talent, maturity and ability to captivate the audience at the young age of 14.

Although the bubbly spitfire ended up finishing fifth, she's caught the eye of the industry and has not one, but two new gigs!

According to The Hollywood Reporter, Rachel has signed with both Nickelodeon and Columbia Records.

Crow will be starring in her own musical comedy series pilot. The quirky teen reveled mid-season of "The X Factor" that she has done stand-up comedy before, so trying to be funny is nothing new to her.

"I did it at the L.A. Improv where Adam Sandler and Chris Rock perform and I did it when I was 10," stated Crow.

She will also star in at least five episodes of Nickelodeon's "Fred: The Show."

Aside from Nickelodeon, Crow was signed by Columbia Records in partnership with her "X Factor" coach Simon Cowell's company, Syco. As a member of the Columbia Records family, she is now labelmates with major stars like Beyonce, Adele, Celine Dion, and Barbra Streisand! Crow plans to start working on her album later this year.

There were reports Rachel was signing a deal with Disney but she put those rumors to rest on Twitter today.

Good morning Crowmies so I finally get to share!! Were u all excited to hear about Nickelodeon and Columbia records? Cause I sure was 😄

Are you excited about Rachel's new gigs? Tell toofab in the comments below.