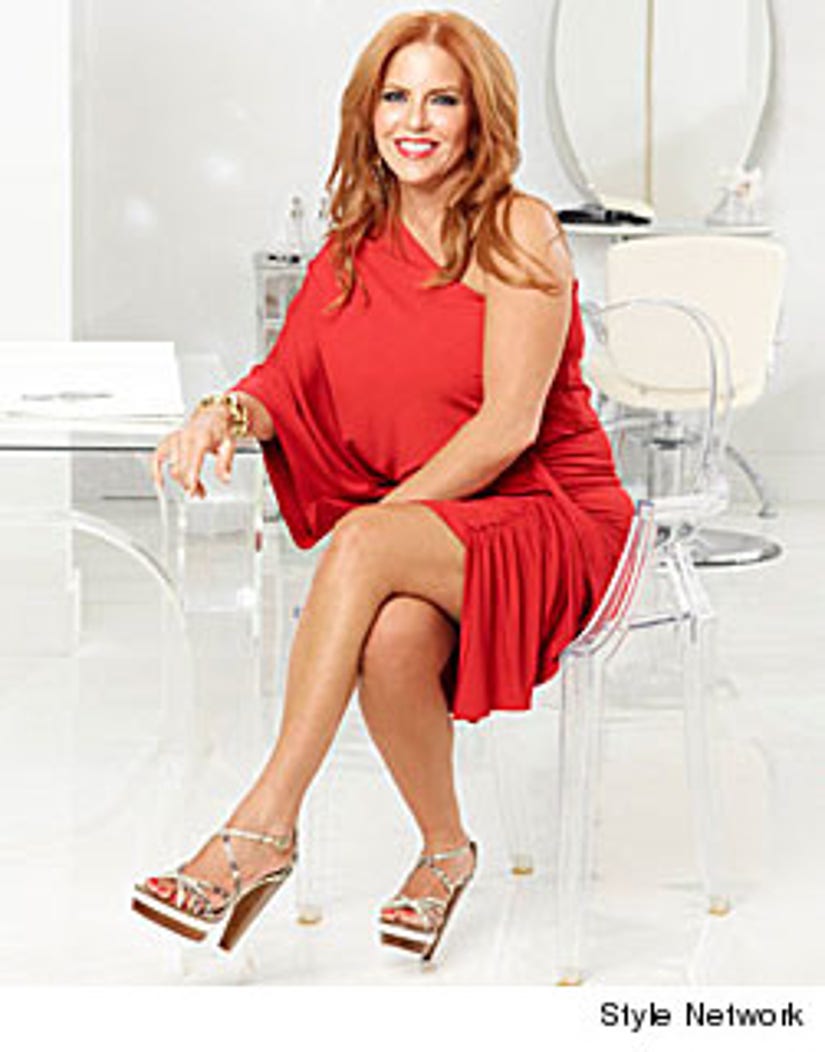 In her 30+ years in the beauty business, "Jerseylicious" star Gayle Giacomo has dealt with every issue imaginable. But under the heightened "reality" of television cameras, everything seems bigger and badder.

Gayle's Gatsby Salon has been the backdrop for confrontations and chaos for four seasons (Sunday's fourth season opener was the biggest premiere night in The Style Network's history). The Gatsby isn't only the setting for "Jerseylicious," it's a family business Gayle lovingly and painstakingly built with her late husband Daniel.

Gayle sat down with toofab to offer a candid look at what goes on in front of, and behind, the cameras.

toofab: What impact has the show had on the Gatsby -- good and bad?

Gayle: The good thing is that we've gotten a lot of interesting people from all over the world coming in to check out the salon. Unfortunately my husband died 13 years ago and after his passing, a lot of the clients thought maybe I would have closed or sold, so [the show] is reintroducing that we are still around and still running strong.

The bad thing is we get a lot of prank phone calls. Unfortunately with cell phones today, everybody has access to phones, and these kids are calling and constantly interrupting our work days.

toofab: How do you balance running a business and filming a reality TV show?

Gayle: We don't film at the salon during the week because I can't inconvenience my clients. Some people don't want to be on TV. I am pulled all over the place, so I just take it day by day. It's just like anything, if you really get stressed over it, it will take over.

toofab: What do you think your late husband Daniel would think of the salon and show?

Gayle: I think my husband is dancing up in heaven because this is always something that he dreamed of. He did infomercials like 20 years ago before they were even big.

toofab: How is the Gatsby regarded in the community?

Gayle: I think that a lot of clients might not like the idea of some of the stuff shown on TV, but I do feel that a lot of the clients that really knew my husband and who see how hard I'm working to keep his legacy alive and strong, are really proud and proud of the salon and all of the employees in it.

toofab: What's the biggest challenge you've had to deal with at the salon?

Gayle: Olivia's work ethic has been better but she just can't get it together about being on time.

Tracy is the same thing, her talent has definitely improved but their arguing ... it's just ridiculous that they just can get past that.

toofab: And the rest of the staff?

Gayle: I think you can expect a lot more drama than previous seasons, more with the young girls, but it seems like it's going around with everybody right now. When you're dealing with a lot of different personalities, a lot of different age groups and artistic people, there's always going to be some kind of drama. Anyone I talk to, it seems that any profession you're in, there's drama at it. I go to my dentist and he tells me that there is so much drama.

You can catch Gayle and company every Sunday night on the Style Network.