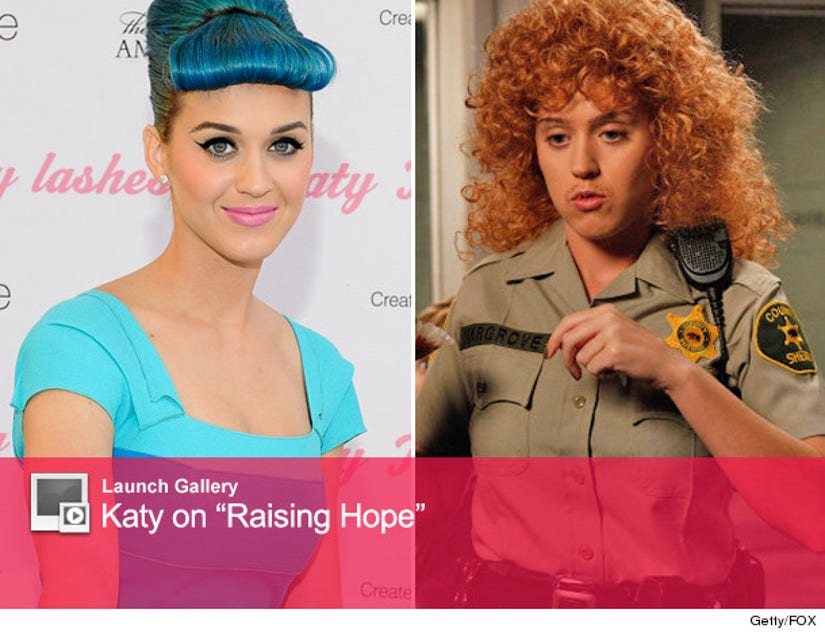 It's Katy Perry like you've never seen her before: With a mustache!

The "Part of Me" singer will appear on the March 6 episode of "Raising Hope" -- where she plays a prison attendant named Rikki, sporting facial hair and 80's Reba McEntire hair.

Perry says she got the gig because of BFF Shannon Woodward, who co-stars on the FOX show.

“A couple weeks ago, I was home, just toasting up a frozen chicken fillet when she called me up and asked if I wanted to do something 'fun' for a change and try out a guest role on her TV show," says Katy.

"I thought, 'Sure, I have nothing else to do, and I like chillin' with my best friend,'" she adds.

Check out some more photos of Katy from the upcoming episode above.