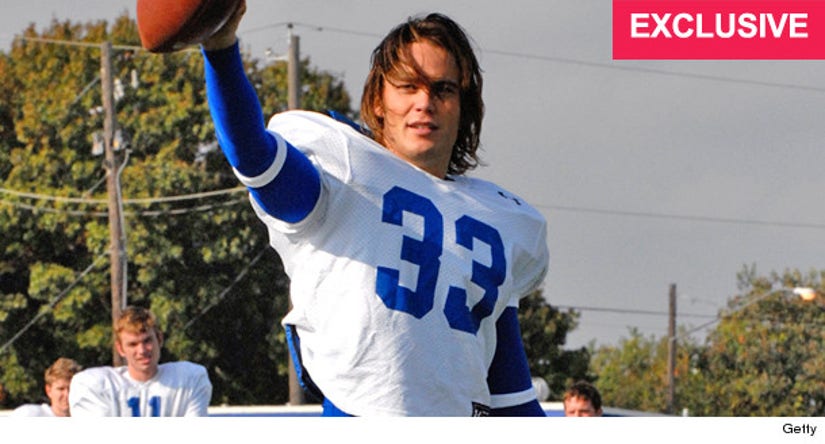 Fans of "Friday Night Lights" were thrilled when executive producer Peter Berg announced he wanted to make a movie follow-up to the TV show -- but one of the series' major stars isn't fully on board.

Taylor Kitsch, who played the brooding Tim Riggins on the football-themed show, recently talked to toofab about the rumored movie while promoting his new sci-fi epic, "John Carter."

"I gotta talk to Pete," Kitsch told us. "I love the way we ended it, I do. I love the way that he's [Riggins'] building a home on that property of his and it goes back to the pilot speech of 'Texas Forever.'"

"I have such great closure with that," he says. "It would have to be beyond phenomenal for me to dive in again. I love the way it was left for my character."

While he says he'd "probably just back off" the project unless it was "something amazing," Kitsch admits "I'd be the first in line to watch it!"

What do you think? Do you want to see a "FNL" movie? And would you still watch one without Riggins?