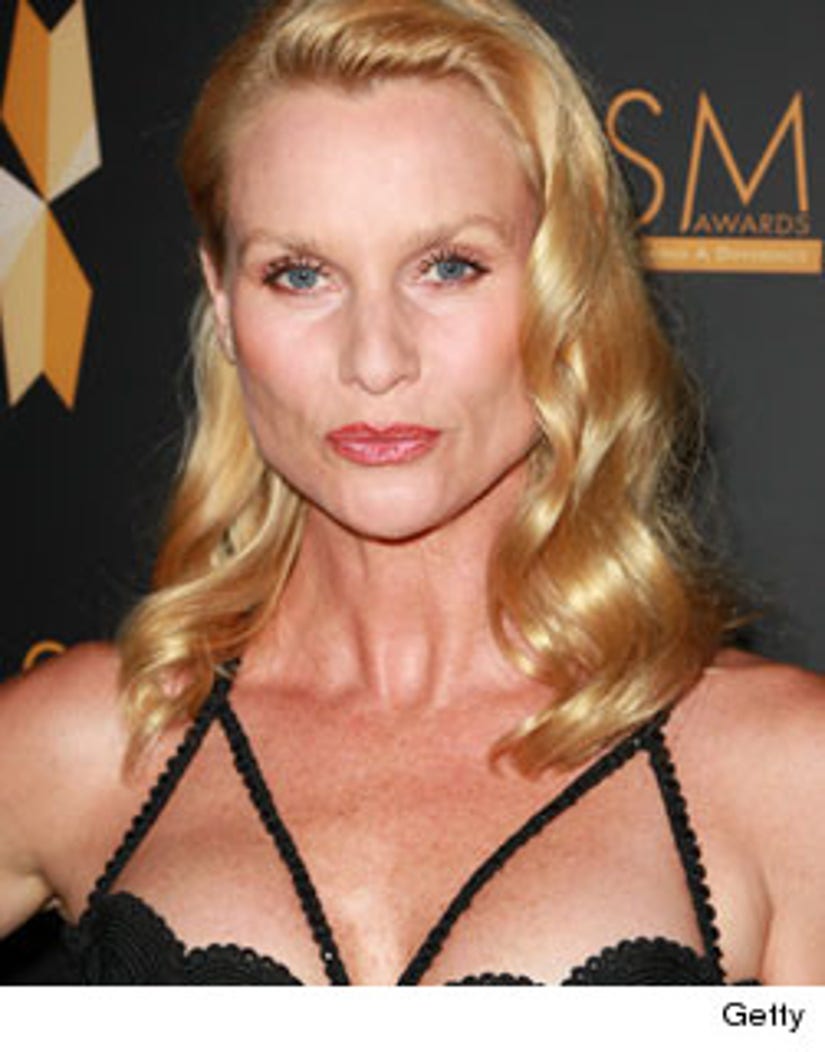 LOS ANGELES (AP) -- Nicollette Sheridan should receive $6 million for being killed off "Desperate Housewives'' after the show's creator slapped her, her attorney said Wednesday, as a defense lawyer argued her onscreen demise was a natural part of television.

The dueling characterizations of a dispute between Sheridan and "Housewives'' creator and executive producer Marc Cherry were presented to jurors in opening remarks of a case that will offer glimpses into the behind-the-scenes maneuvers of a hit TV show.

Sheridan, 48, was scheduled to be the trial's first witness on Thursday. Her wrongful termination and battery trial centers on whether her complaints about Cherry's slap -- described by her attorney as a hard whack, and a defense lawyer as a tap meant to give artistic direction -- led to her character Edie Britt's violent demise and the loss of her $175,000-an-episode job.

Mark Baute, Sheridan's attorney, claims her character was killed off only after ABC, which airs the series, cleared Cherry of wrongdoing.

He told jurors that determination was made after a sham investigation and the plotline was hastily planned.

Cherry and ABC have denied all wrongdoing. Adam Levin, who represents Cherry and ABC, said he would present evidence that the decision to kill off Sheridan's character came months before the on-set dispute and was made after consulting the highest ranks of the network's management.

He noted that Sheridan did not suffer any physical injuries and denied Baute's accusations that Cherry or other show employees tried to cover up the dustup between the producer and Sheridan.

Sheridan dabbed her eyes and hugged Baute after his opening statements, which described her as waging a battle against Cherry and ABC virtually alone.

"This is a man hitting a woman in the head -- hard -- without her consent,'' Baute said.

The ABC series' stars, Eva Longoria, Teri Hatcher, Felicity Huffman and Marcia Cross, could provide some star power to the trial because all are listed as potential witnesses.

Baute said two of the show's writers will testify that no decision about eliminating Sheridan's character was made until after ABC concluded its inquiry into the slapping incident.

"People die all the time in television,'' Levin argued, noting that if the plot is done right, it can boost a show's ratings.

Sheridan's character died in the show's fifth season after being nearly strangled, involved in a car wreck and finally, electrocuted. Cherry appeared pained as Baute described Britt's demise as a "triple homicide'' and her re-appearance a few episodes later in "a ridiculous ghost scene.''

Jurors will be shown clips from the show, writer's notes and diagrams of sets, as well as Sheridan's contracts and emails from studio personnel, attorneys said.

"Desperate Housewives,'' a glossy prime-time comedy/soap opera with an ensemble cast including Hatcher and Longoria, made a pop-culture and ratings splash when it premiered in 2004 but has seen its audience dwindle. It is in its last season.