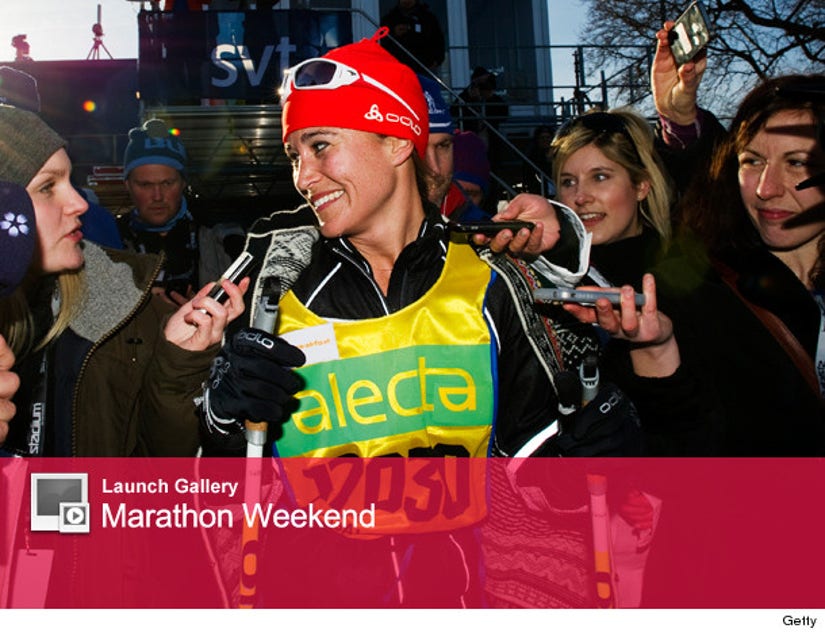 The ideal snow conditions also helped Vibeke Skofterud of Norway set a course record in the women's race, which she won in 4:08.24, ahead of Laila Kveli of Norway and Seraina Boner of Switzerland.

Middleton, the sister of Prince William's new bride, Kate Middleton, finished the traditional Swedish ski marathon in 7:13:36. She lost the royal race to Denmark's Crown Prince Fredrik who completed the course in 6:36:32 to finish in 5,530th place in the men's race.

Pippa and her brother James, who clocked 06:47:27, were competing alongside 15,800 competitors to raise money for the children's charity Magic Breakfast.

The competition is one of the world's oldest cross-country races and is based on Gustav Vasa's attempt to gather peasants for a revolt against occupying Danes in 1522. Vasa fled after failing to gain support, but the Mora locals changed their minds and sent their best skiers to bring him back.

It stretches from the village of Salen near the Norwegian border to the central town of Mora.