Cheryl Burke landed in Miami today for her first "Dancing with the Stars" practice with partner William Levy -- and he's a real hottie!

The two were spotted today for the first time since their partnership was announced (above) ... and it's pretty clear Burke got the best piece of eye candy to cha cha with this season.

With that low cut shirt and perfectly manicured stubble, Levy is definitely a looker. But who is he?

Levy, 31, is a model-turned-telenovela star.

Born in Cuba, the so-called "Latin Brad Pitt" moved to Miami when he was 14. He eventually started modeling for Next Models ... a Google search will bring up some of his more risque gigs.

Eventually, he appeared on two Univision reality shows before starring in a number of telenovelas. Just last year co-starred in Jennifer Lopez's steamy video for "I'm Into You."

While he has two children with Elizabeth Gutierrez, there is a silver lining: He's now single!

Check out some more of his hottest shots below: 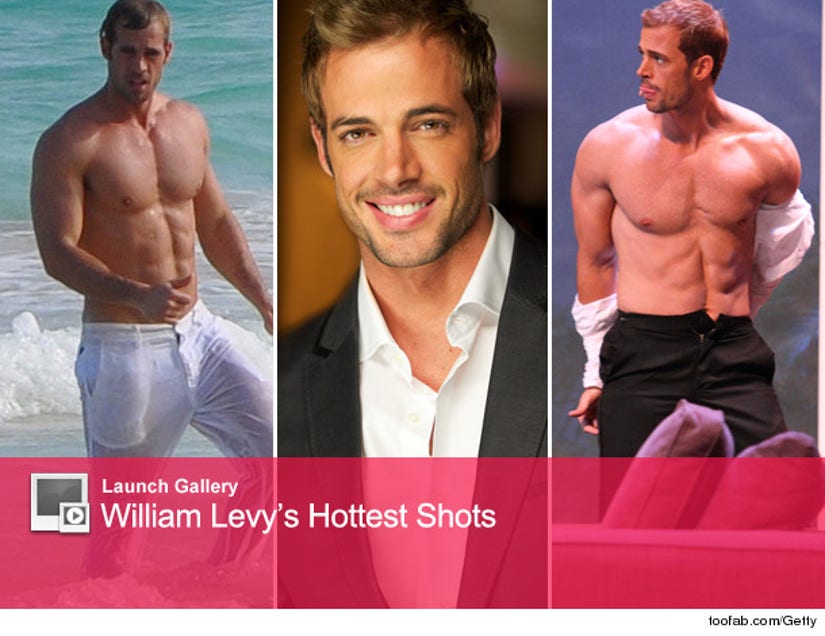