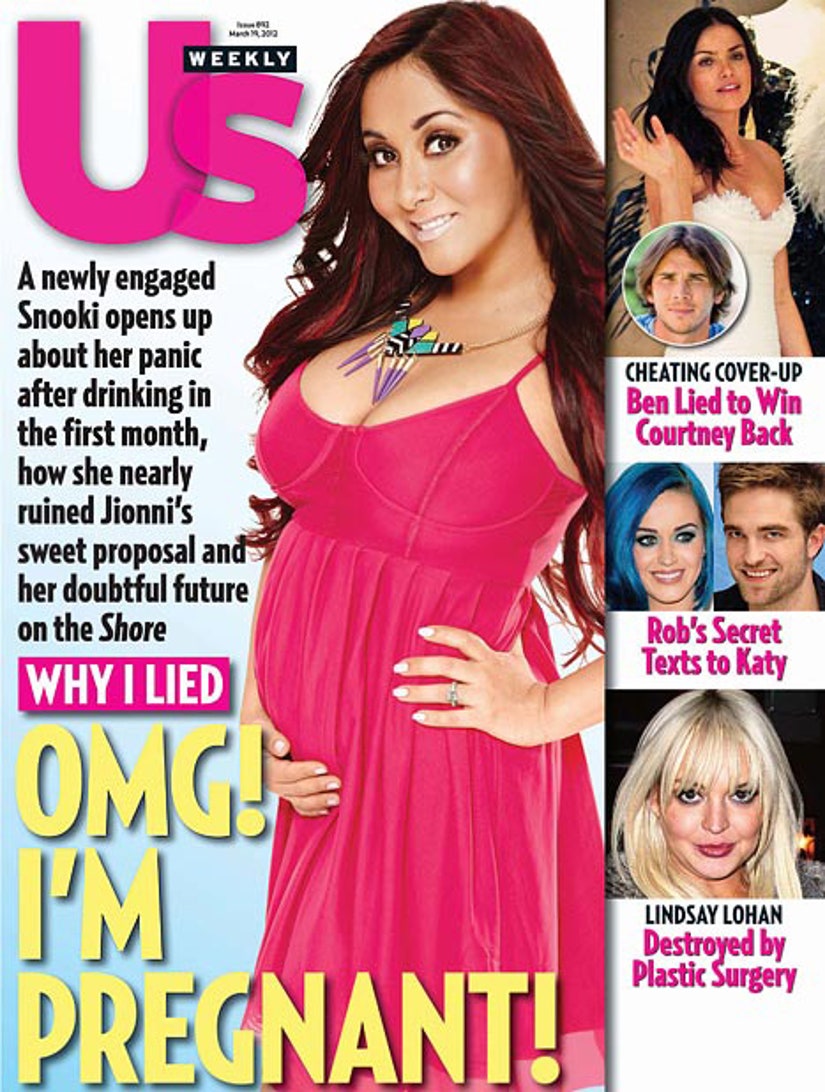 The rumors are true -- there's definitely a little guido or guidette on the way for Snooki!

The "Jersey Shore" star confirms reports that she and Jionni LaValle are expecting their first child together in the new Us Weekly.

"I didn't want to lie to my fans, but the cardinal rule when you are pregnant is that you can't tell anyone but your closest friends and family till after three months," she explains.

"I wanted to make sure the baby is OK ... It was my business and I wasn't ready to tell" she adds about waiting until now to confirm the already widely-reported news.

She says when she found out, her first thought was "S**t, I've been drinking! I was worried. It was New Year's Eve and we were in Vegas, so I did go crazy."

The two also confirmed reports that they're engaged.

Jionni tells the mag he popped the question on Valentine's Day while at the W Hotel in Hoboken, NJ.

They say he proposed on the hotel room's balcony, telling her "I bought us a gift for Valentine's Day. It doesn't fit me ... but it will fit you for the next 50 years" before showing her the ring.

See photos of the ring here.

Read more from Snooki and Jionni in Us Weekly, on newsstands Friday.