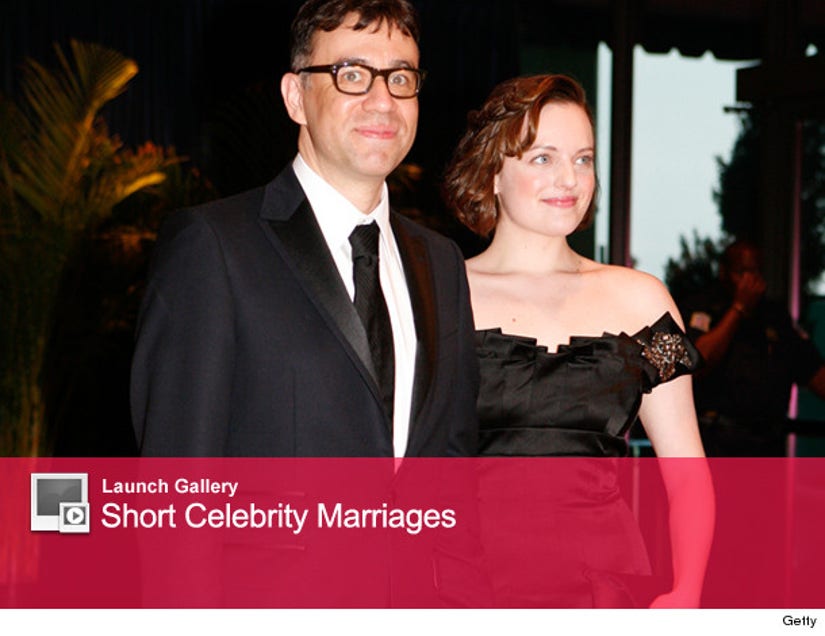 "Mad Men" star Elisabeth Moss was married to Fred Armisen of "Saturday Night Live" for only eleven months -- and, based on a brand new interview, it wasn't a pretty split.

"It's so hard to talk about," she says of their marriage, which lasted from October 2009 until she filed for divorce in September 2010, in Page Six Magazine.

"One of the greatest things I heard someone say about him is, 'He's so great at doing impersonations. But the greatest impersonation he does is that of a normal person.' To me, that sums it up," she adds -- giving a major dig at her ex.

While this is her first interview talking about the split, it may also be her last ... with Elisabeth adding "I don't want to waste any more of my life talking about it."

For more from Moss, including some talk about "Mad Men" Season 5, read the whole interview here.