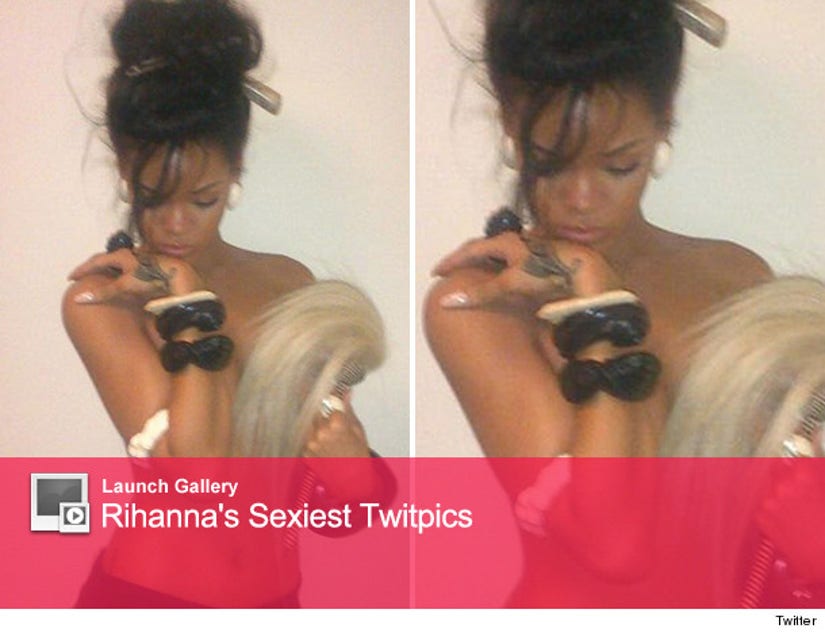 When most stars post a topless photo online, it's usually accidental -- but that's not the case with Rihanna!

The singer posted a provocative photo of herself last night on Twitter, showing her standing without a top on, in nothing but some bracelets, shorts and some strategically-placed hair.

"Where have you been all my life?!" RiRi tweeted along with the photo -- a reference to a song on her latest album, which she's currently shooting a music video for.

She's no stranger to sharing saucy shots though, as Rihanna has posted a number of photos of herself in some very risque bikinis.