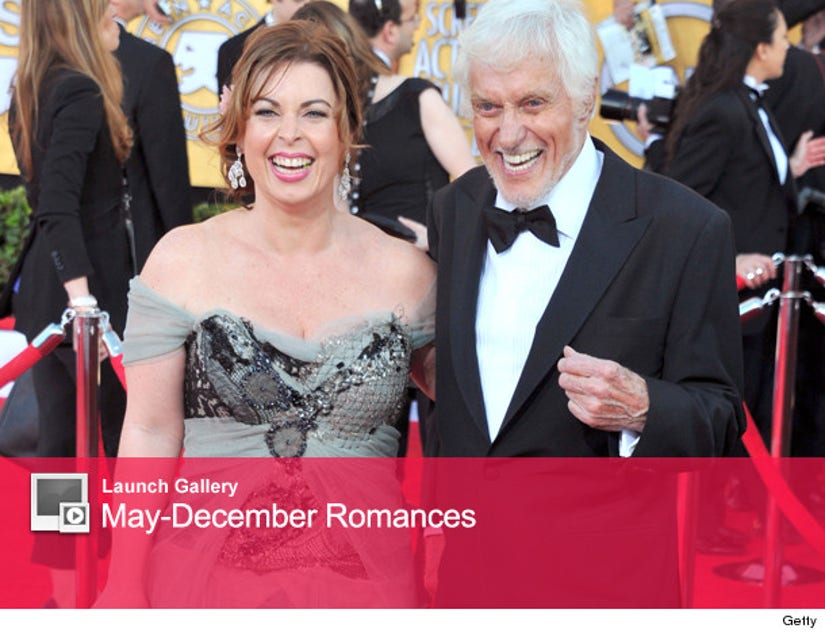 Dick Van Dyke just became a newlywed at the ripe old age of 86 -- and his new bride isn't even half his age!

"Kinda on the spur of the moment, we just decided Leap Day would be the best time to do it," he says of the nuptials.

Dick and Arlene met six years ago at the SAG Awards, where Van Dyke says he was "was bowled over by her beauty." She then became his makeup artist and eventually the two "fell in love."
This is Van Dyke's second marriage. He had four children with ex-wife Margie Willett and lived with longtime partner Michelle Triola before her death in 2009.
Of Arlene, Dick says "I'm not a loner. I have to have a life partner. I found the perfect one."
Check out more May-December Romances in the gallery above!