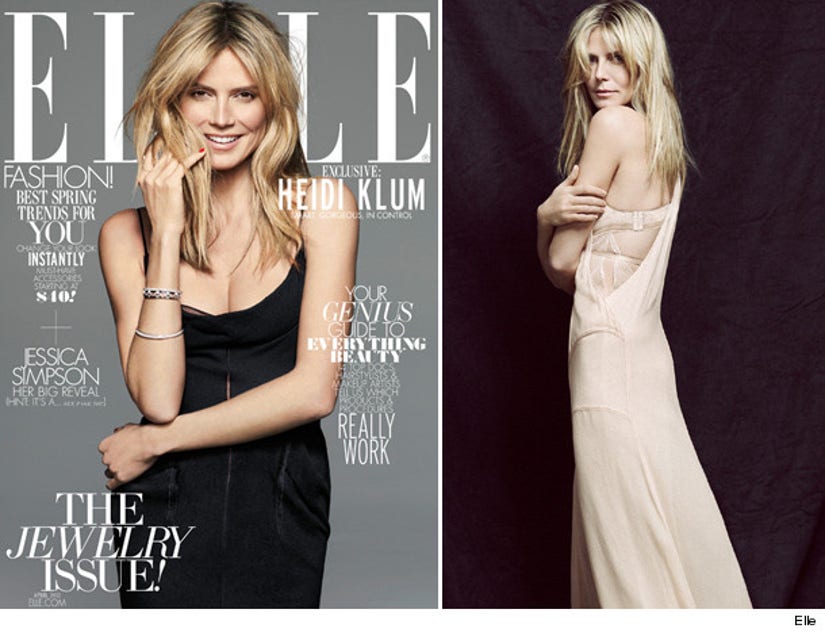 While Seal has been doing interview after interview about his split from Heidi Klum, the "Project Runway" host has kept fairly quiet about the whole thing ... until now.

"I feel like I'm in the eye of a tornado," she says in the April issue of Elle. "Sometimes I think a curveball just comes at you. Instead of something straight that you can catch, it hits you in the head from the side that you didn't expect."

So far, the reasons behind the sudden break have been somewhat mysterious -- though TMZ reported that Klum couldn't deal with Seal's temper anymore ... and no third party was involved.

"People don't need to know who did what," she adds. "I don't want to talk positive or negatively about the ups and downs that we had. Every couple goes through things. Unfortunately, we're in the public, so the highs are out there. But I don't think it's necessary for, especially for our children, to have the lows being printed in magazines and talked about."

Though their marriage is crumbling, she still keeps focused on one thing: Her kids.