Prince Harry continued his 10-day Tour of the Caribbean and South America over the weekend, and hit the beach in Brazil!

The 27-year-old -- who last week raced Usain Bolt in Jamaica -- continued to show his athletic prowess on this last leg of his Royal journey, where he represented his grandmother Queen Elizabeth II as part of celebrations marking her Diamond Jubilee.

An Ambassador for the 2012 Olympic Games in London, Harry participated in a game of beach volleyball with some of Brazil's top players, and also showed off his rugby skills. Rugby is set to become an Olympic sport for the 2016 games, when Rio will act as host.

The prince also took part in a one-mile charity race with some locals, where he showed off his sense of humor by donning a mask of his brother, Prince William!

Click "Launch Gallery" below to see shots of the the fit Prince in Brazil! 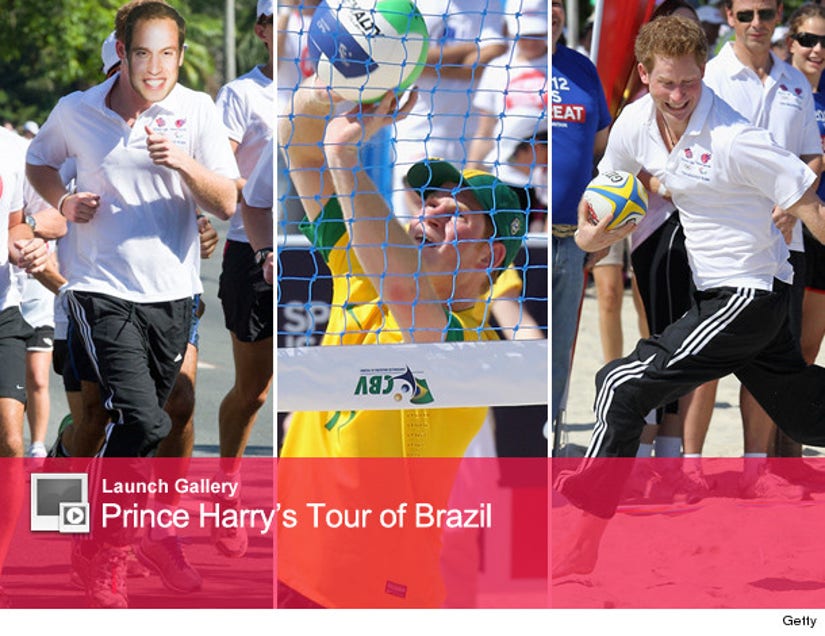