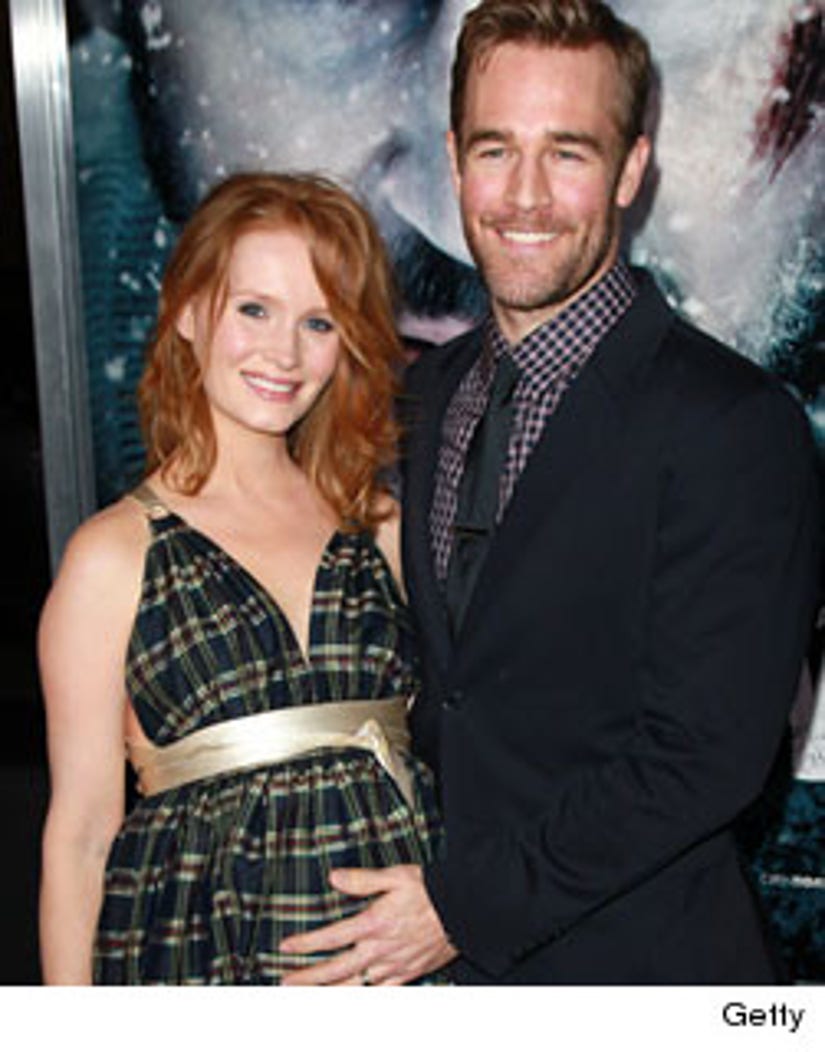 Dawson is a new dad!

James Van Der Beek, still best known for his portrayal of angsty teen Dawson Leery on "Dawson's Creek," announced the happy news on Tuesday to his fans via Twitter:

"Had my first son this morning... well, actually, my wife had him. I just caught him. Wow. Heart expanding way faster than my brain..."

The 35-year-old actor has been married to wife Kimberly Brook since 2010. The couple also has an 18-month-old daughter, named Olivia.

James hasn't released any details about the little guy yet, though he is clearly overjoyed about the arrival.

If you could bottle up and distribute this feeling, I swear there'd be no more war. #fatherhood

The proud dad is set to return to your TV screen soon ... as James Van Der Beek! Proving that he's a good-natured, self-deprecating guy, James plays a fictionalized version of himself on the upcoming ABC sitcom "Don't Trust the B---- in Apartment 23," premiering April 11.