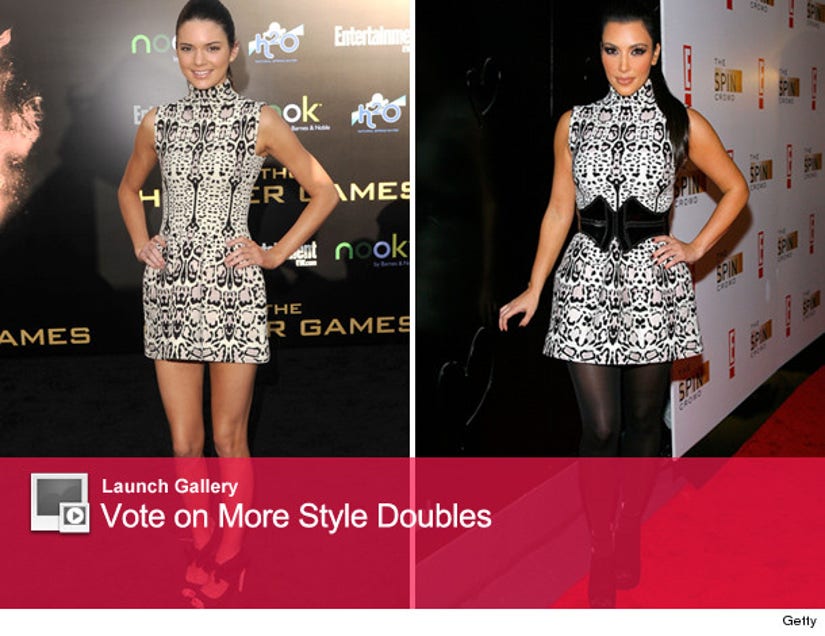 Kendall Jenner and Kim Kardashian have more in common than their genes: They also have the same sense of style!

16-year-old Kendall stepped out to the red carpet premiere of "The Hunger Games" last night in the same Azzedine Alaia dress Kim wore to the "Spin Crowd" party back in October 2010.

Kim blogged about the switcheroo, saying the dress was from the designer himself and adding "Doesn't she look gorgeous!! It's such an amazing dress!"

While Kim wore it with a black belt and tights, Kendall kept it simple -- but the question is, who pulled off the look better?

Click the gallery above to vote on the Alaia, plus see more stars who have copied each others style!