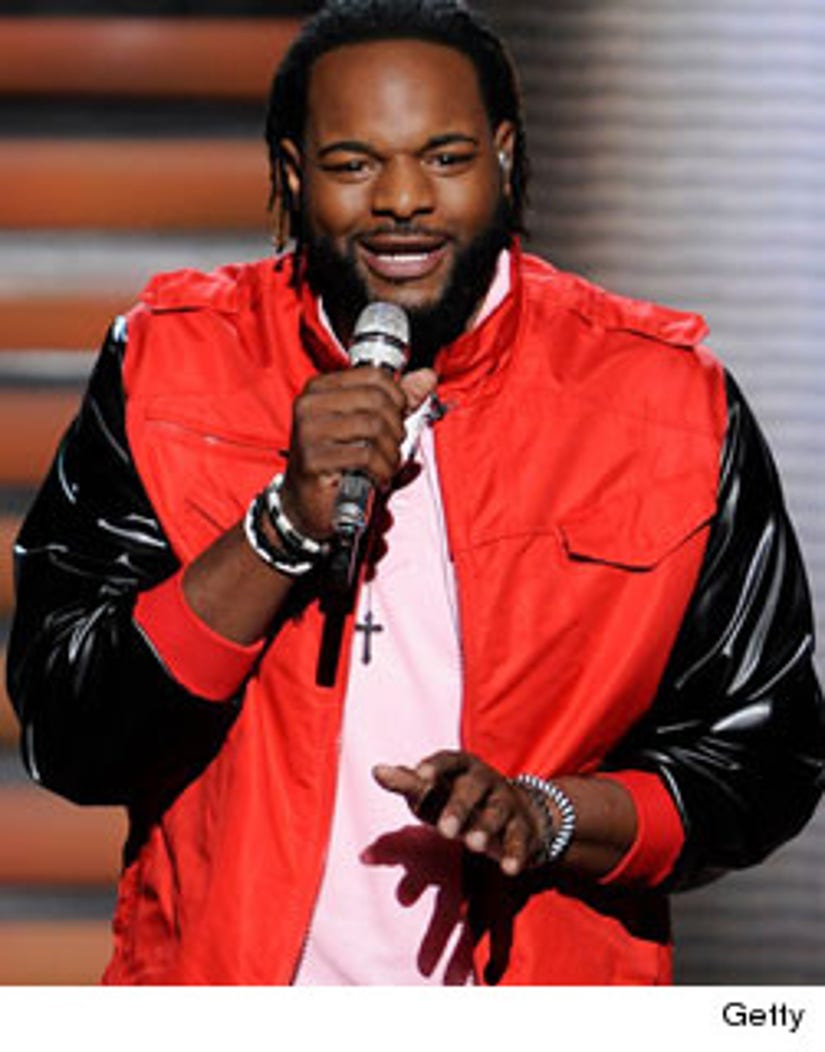 The 25-year-old vocal instructor from Pine Hill, N.J., tweeted Tuesday night that he no longer would be on the Fox singing contest.

The so-called "gentle giant,'' as he was dubbed by "Idol'' host Ryan Seacrest, was among the show's viewer-selected top 13 finalists after the judges gave him a last-minute spot among the 11th season's top 13 male semifinalists.

He was among the bottom three vote-getters last week after performing Stevie Wonder's "Knocks Me Off My Feet'' but advanced to the group of top 12 singers.

"Idol'' contestants in the past have been disqualified when the show deems that their work or personal history is an issue.

Corey Clark was disqualified for concealing his arrest record during the second season in 2003. Frenchie Davis was also dropped from "Idol'' that year because of her previous appearance on an adult website.

During the eighth season in 2009, Joanna Pacitti was shown advancing to the top 36 semifinalists after "Hollywood Week'' but was later replaced. Pacitti released an album in 2006 and had ties to 19 Entertainment, which produces "Idol'' with FremantleMedia North America.

Chris Golightly was dropped from the top 24 semifinalists in the ninth season in 2010 because he didn't disclose that he had a previous record contract.

In contrast, the singing competition allowed past finalists like the sixth season's Antonella Barba and the seventh season's David Hernandez to stay on after racy photos that appeared to be Barba leaked online. Hernandez was revealed as having once worked as a nightclub stripper.