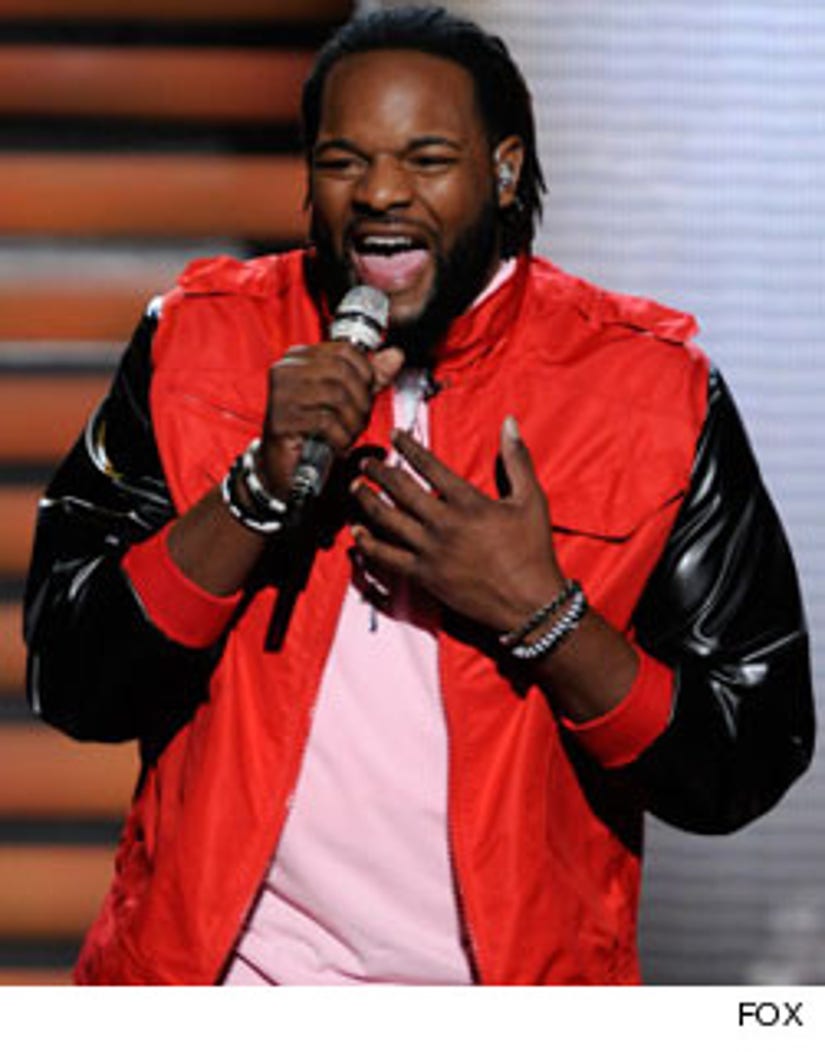 LOS ANGELES (AP) -- Jermaine Jones was dismissed from "American Idol" -- and not because of viewer votes.

It was revealed during Wednesday's installment of the Fox singing contest that the 25-year-old vocal instructor from Pine Hill, N.J., was disqualified Tuesday for not revealing that he had outstanding arrest warrants back home in New Jersey.

"You were incumbent to tell us the truth about all of this, and you haven't on any level," Warick told Jones.

The so-called "gentle giant," as he was dubbed by host Ryan Seacrest, was one of the viewer-selected top 13 finalists after the judges gave him a last-minute spot in the 11th season's group of male semifinalists. He was among the bottom three vote-getters last week after performing Stevie Wonder's "Knocks Me Off My Feet" but advanced to the top 12 singers.

Seacrest said that despite Jones' dismissal, one of the remaining 11 finalists would be eliminated Thursday.

Wednesday's show was billed as a night of tunes from the birth year of each "Idol" contestant, but for more than half of the finalists, it was an evening of covers of covers by other artists.

It worked for 28-year-old teacher Elise Testone, of Charleston, S.C., who took on Tina Turner's 1983 rendition of "Let's Stay Together;" 18-year-old singer Hollie Cavanagh of McKinney, Texas, on Celine Dion's 1993 version of "The Power of Love" and 19-year-old student Joshua Ledet, of Westlake, La., on Michael Bolton's 1992 take of "When A Man Loves A Woman."

"That was just way too boring," Randy Jackson informed Brackensick.

Sanchez, who emerged as one of this season's front-runners after delivering a powerful rendition of the late Whitney Houston's "I Will Always Love You" last week, defended her song choice. She told the panel "there was not a lot to choose from" and "it was a bit of a challenge."

Steven Tyler said her rhythm on "Turn the Beat Around" was "a little shady."