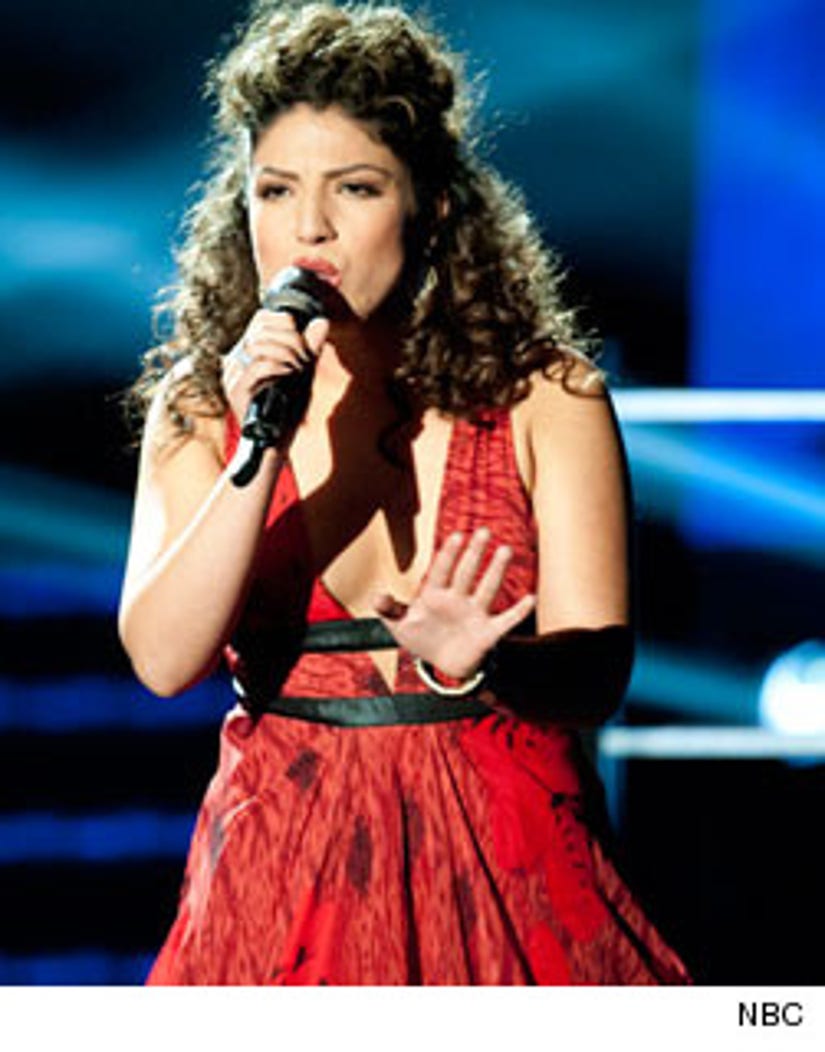 Their voices may be pure, but are their intentions?

"The Voice" contestant Monique Benabou suggests there was a little underhanded strategy going on before her battle round, where two hopefuls compete head-to-head for one spot in the live shows.

Monique was selected for Christina Aguilera's team. For the battle round, the soul singer was chosen to face off against classically trained Chris Mann. The duo had to perform Celine Dion's "The Power of Love," a power ballad arguably better suited to Chris' style.

Monique had reservations right away. "I don't necessarily think that the pairing was appropriate but it did make for a beautiful duet and a beautiful performance. It was really hard actually going through with everything. I felt like the second we were notified that we were going up against one another, I knew that I was going home,” Monique tells toofab.

A consummate professional and competitor, Monique was up for the challenge. But a last minute switch threw her off, and had her questioning whether or not her duel partner was playing fair.

“Chris got sick before the competition and requested a key change. I didn't put up a fight, but it was really hard adjusting to the song. I think he knew changing the key would be something that might mess me up in the show and give him the upper hand because it was not rehearsed,” Monique revealed.

However, the 24-year-old California native has no hard feelings. “It was a battle and maybe in the future we can do a duet or something, because our voices could blend wonderfully.”

Before appearing on “The Voice” Monique was working on her first album, and now that her competition is over she can continue to work on that. “I am in the studio a lot and I am just waiting to see what happens and what kind of opportunities are presented to me,” she adds with excitement. “I just want to thank my family and friends for being so supportive and my fans for really having my back through all of this.”

Monique Benabou has set her album at the tentative date of July 2012.