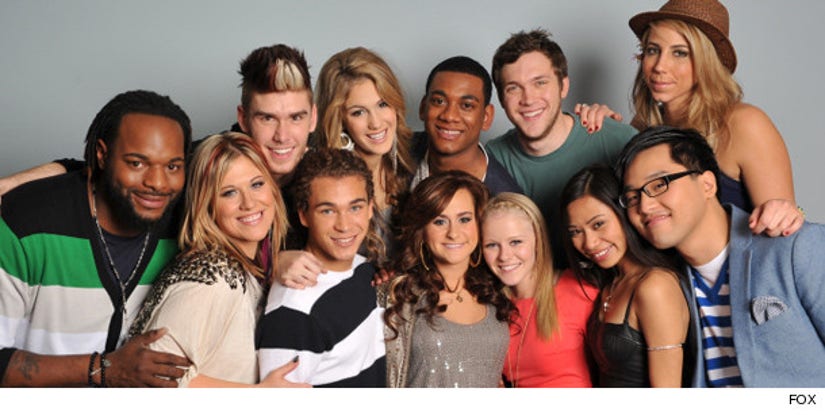 LOS ANGELES (AP) — It wasn't such a sweet day for Shannon Magrane (top row, second from left) on "American Idol."

The 16-year-old vocalist from Tampa, Fla., known for her soaring voice and towering over "Idol" host Ryan Seacrest, was eliminated from the Fox singing competition Thursday. Magrane was dismissed after reprising her rendition of Mariah Carey and Boyz II Men's "One Sweet Day." She failed to persuade the show's judges to save her from being booted.

"It feels so good standing on this stage," she said after her elimination.

Magrane was revealed to be among the bottom three vote-getters with 28-year-old teacher Elise Testone, of Charleston, S.C., and 26-year-old disc jockey Erika Van Pelt, of South Kingstown, R.I. The judges, who lauded Testone's soulful performance of Tina Turner's 1983 edition of "Let's Stay Together," were noticeably dissatisfied with the viewers' picks.

"I just feel that the great performances should be rewarded," said Jennifer Lopez.

This week's elimination of Magrane and the disqualification of Jermaine Jones, the 25-year-old vocal instructor from Pine Hill, N.J., who was booted for not revealing that he had outstanding arrest warrants back home in New Jersey, leaves 10 finalists remaining in the competition. They will return to the stage to perform for viewer votes next Wednesday.