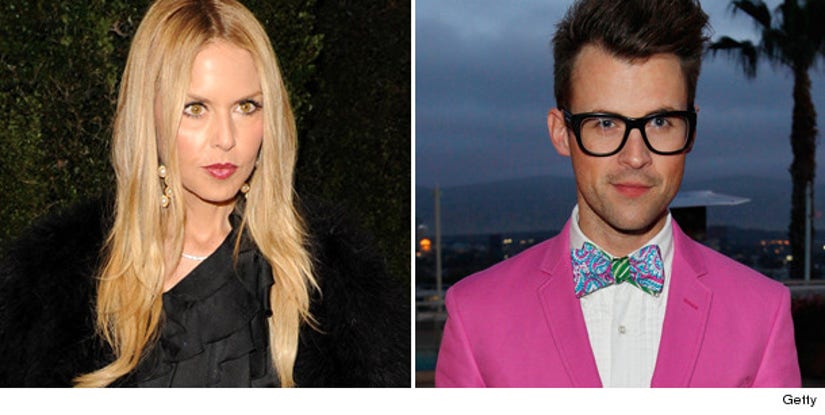 In a recent interview with the Hollywood Reporter, the star of "The Rachel Zoe Project" spoke out against Goreski and his new spinoff show "It's a Brad, Brad World."

"I won't ever see it. I don't think it matters enough to me, to be honest," she said. "He should live his life how he wants. He's not in my life and won't be. People move on. All that matters is having good people around me."

At the time of the interview, Brad declined comment ... but that wasn't the case when toofab caught him out yesterday at The Grove.

From Rachel's interview, it's pretty clear he won't be invited back on her show -- and when asked about that, Brad just laughed. "Oh I hope not, I have my own show now!" he quipped.

As for any drama between the two, it seems like it's out of sight and out of mind for him. "It doesn't exist," he told us.

Do you think he's better off without her? Sound off below!