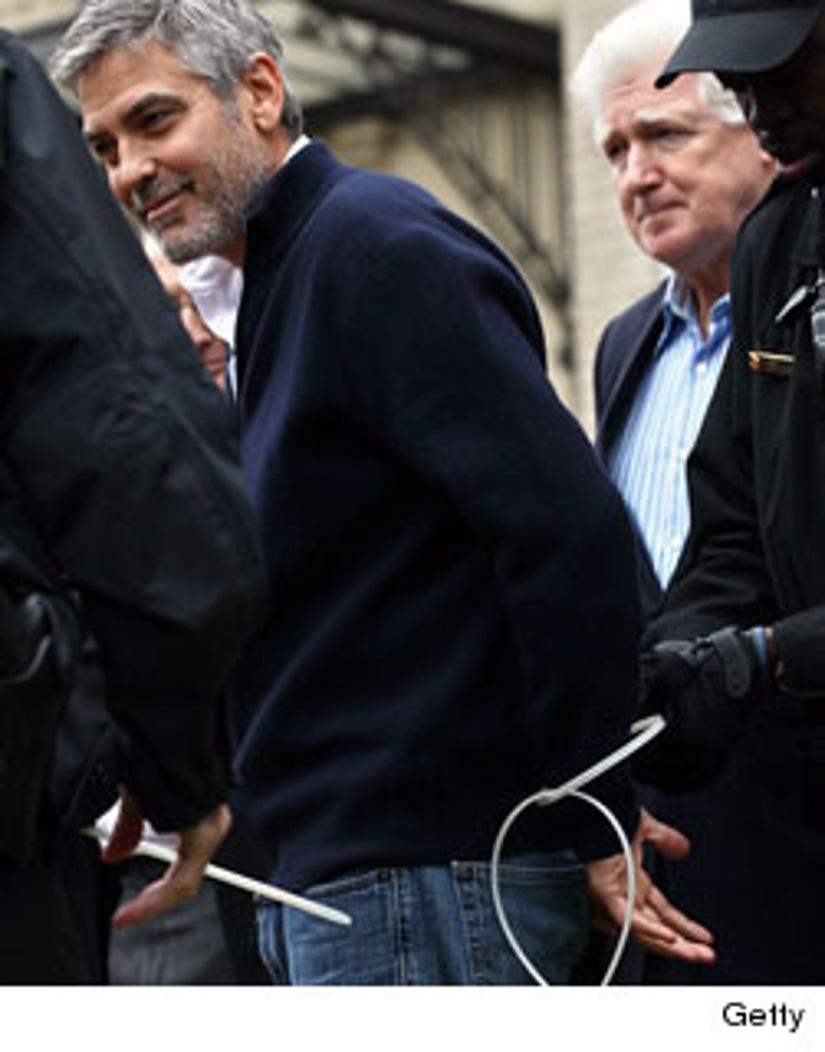 WASHINGTON (AP) -- Actor George Clooney and his father have been arrested at a protest outside the Sudanese Embassy in Washington.

The protesters accuse Sudan's president, Omar al-Bashir, of provoking a humanitarian crisis and blocking food and aid from entering the Nuba Mountains in the county's border region with South Sudan.

Clooney and others, including Democratic U.S. Rep. Jim Moran of Virginia and NAACP President Ben Jealous, were arrested after being warned three times not to cross a police line outside the embassy. They were handcuffed and placed into the back of a U.S. Secret Service van.

Clooney said earlier that he hopes to draw more attention to the issue and that if action is not taken in the next three to four months "we're going to have a real humanitarian disaster."