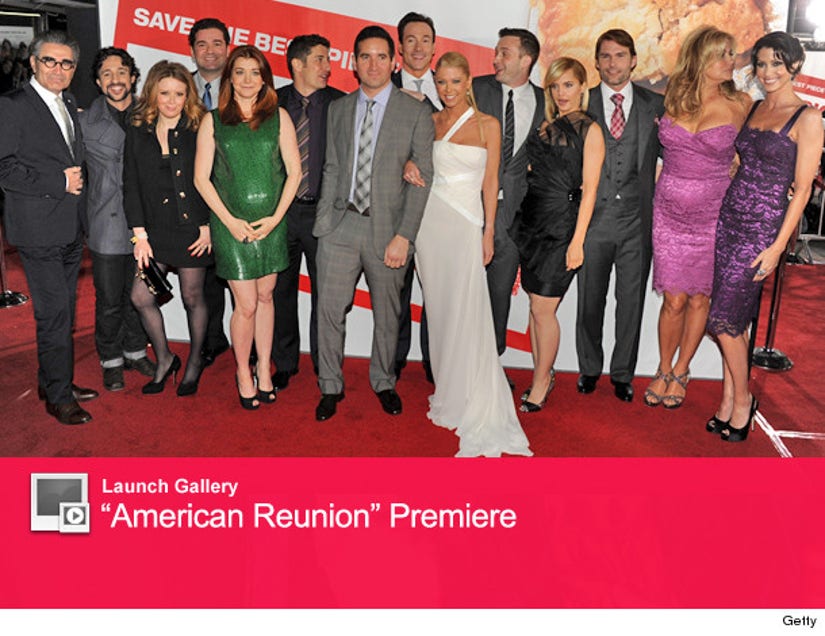 The entire cast of "American Pie" reunited for the first time on the red carpet last night for the U.S. premiere of "American Reunion" -- where boobs and baby bumps nabbed the spotlight.

All eyes were on Hannigan and her growing baby bump. The star is currently pregnant with her second child with husband Alexis Denisof, and she proudly showed off her belly in a sexy and short green dress.

Coolidge stole some attention for herself by living up to her Stifler's Mom character in a sexy, cleavage enhancing pink cocktail dress.

But she wasn't the only one putting her boobs out there. Dania Ramirez, who joined the cast at the premiere's after-party, wore a very revealing blue dress with cutouts on her chest and a super-high slit.

Tara Reid shockingly looked the most glamorous of the evening in a full-length white gown and a slick, pulled-back 'do. Mena Suvari's black cocktail dress was a cute look as well.

Check out all the premiere pics above -- where the boys really let loose with each other on the red carpet. Looks like a fun night!