It's been a big year for The Muppets! Not only did they receive their first ever Oscar for the song "Man or Muppet" from the film "The Muppets," today they were also honored with the 2,466th Star on the Hollywood Walk of Fame!

Kermit and Miss Piggy were joined at the ceremony by the newest Muppet Walter, along with old favorites Fozzie Bear, Gonzo, Animal, Pepe the King Prawn and Sweetums. There were also some humans on hand in the form of Walt Disney Studios President Rich Ross, and Jim Henson Company CEO, Lisa Henson.

The honor comes on the same day that the latest Muppets flick is available on DVD and Blu-ray.

The Muppets' star will be located on Hollywood Boulevard just outside the El Capitan Theatre -- like Piggy would have it any other way?

Click "Launch Gallery" below for shots of The Muppets receiving their special honor! 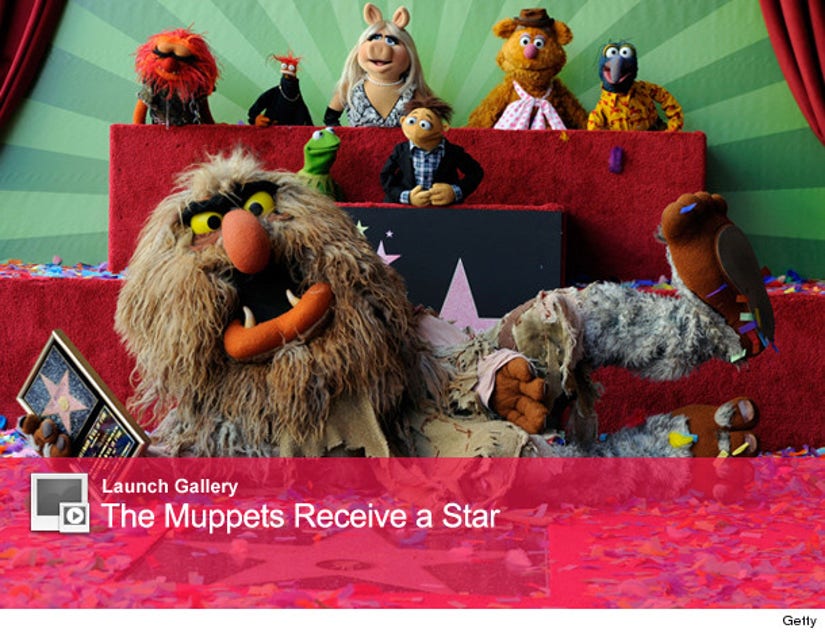