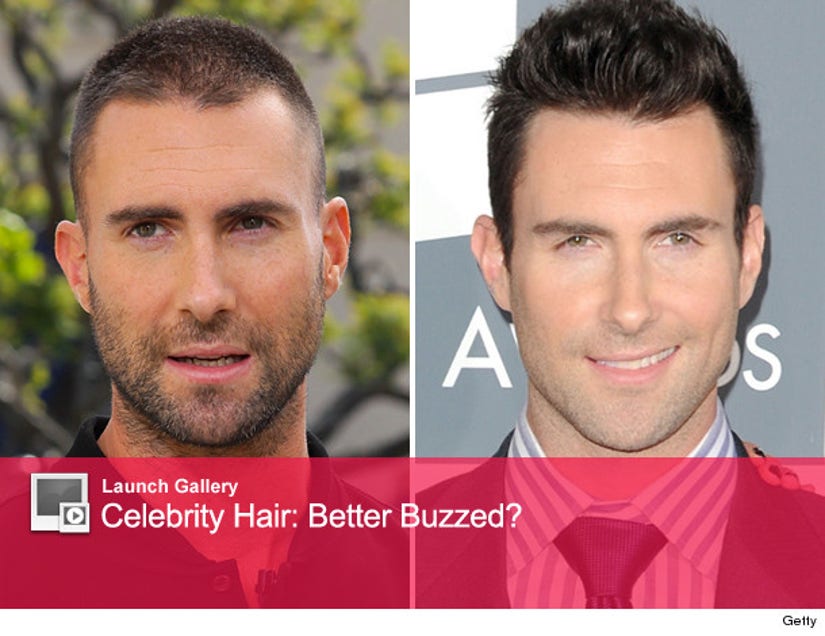 Is it just us ... or did Adam Levine just get even sexier?

The star of "The Voice" unveiled his new look yesterday at The Grove in Los Angeles -- showing up for a taping of "EXTRA" with a buzzed head and scruffy beard.

It's a different look for the Maroon 5 frontman, who had been sporting longer locks and a more clean-cut style on the red carpet recently.

Maybe his new look has something to do with rumors he's joining "American Horror Story" ... as EW reported yesterday that Levine is in final negotiations to play one half of a couple called "The Lovers" for the show's second season.

Do you like Adam's new look? And would you like to see him on AHS? Vote in the gallery and sound off below!