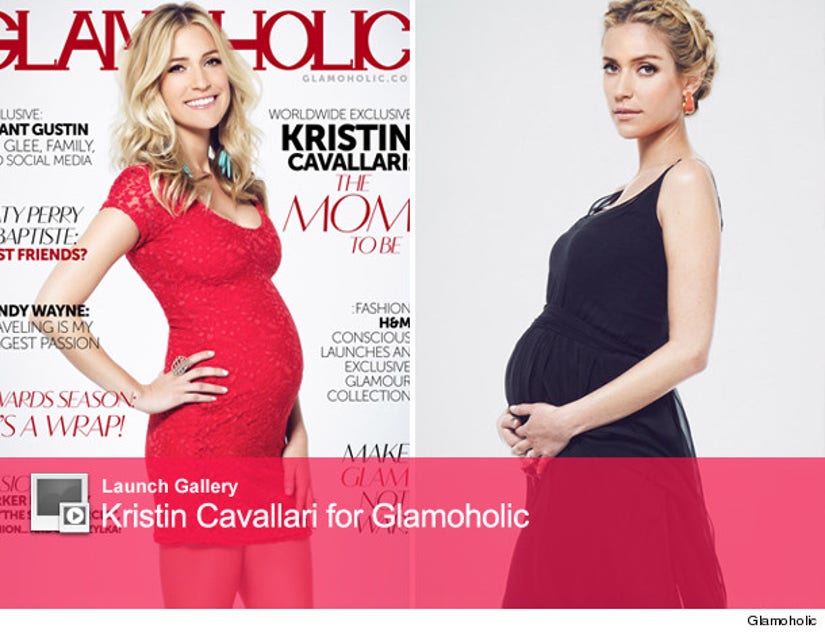 Kristin Cavallari's baby bump is ready for its closeup!

The former star of "The Hills" and "Laguna Beach" flaunts her growing belly in the new issue of Glamoholic -- where she opens up about her pregnancy and wanting to have more kids.

"I am actually enjoying it, which may sound crazy to some women but I've had a really easy pregnancy," Cavallari says about carrying her first child. "The first couple of months I was tired but I didn't have any morning sickness. Which, I'll take being tired any day over throwing up."

While the 25-year-old says she didn't expect to have a kid before the age of 30, she says she and fiance Jay Cutler are already thinking about Baby #2.

"We're talking about the possibility of having another kid right away and then getting married so we can have 2 kids close in age," she says.

"We want 4 kids, so we're thinking maybe have one more, then get married, then have two more but we'll see, it all depends on how the first one goes."

Check out more photos from the Glamoholic shoot here, plus read her full interview.