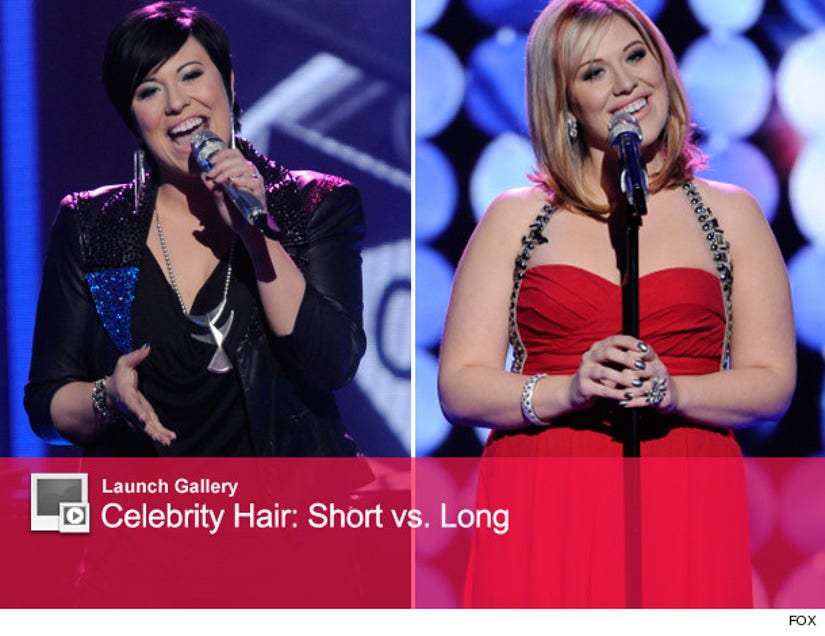 The "American Idol" finalist traded in her long blond locks for a short black hairdo upon the advice from style consultant Tommy Hilfiger.

Erika's style inspiration is the rock star P!nk, who also changes her hair color often. The new 'do seemed to give Erika confidence -- she delivered a solid performance to Billy Joel's "New York State of Mind." The judges praised her vocals and new look; Jennifer Lopez didn't even recognize Erika at first when she started her song.

Jessica Sanchez once again delivered the standout performance of the Billy Joel-themed night with a song appropriately titled "Everybody Has a Dream." Elise Testone bounced back after two weeks in the bottom three, earning a standing ovation for "Vienna." Phillip Phillips and Colton Dixon were also praised for their originality, while Hollie Cavanagh struggled with pitch.

The top 10 will become nine on Thursday after America's vote. Who is your favorite? Tell toofab in the comments below!