Reese Witherspoon turns 36 today! To celebrate the southern-bred beauty's birthday, toofab has pulled together a timeline of Reese's big screen success over the years.

Reese broke into showbiz at the tender age of seven, landing a handful of commercials in addition to some modeling work. But her big break came in Robert Mulligan's “Man on the Moon” where she played a 14-year-old tomboy. 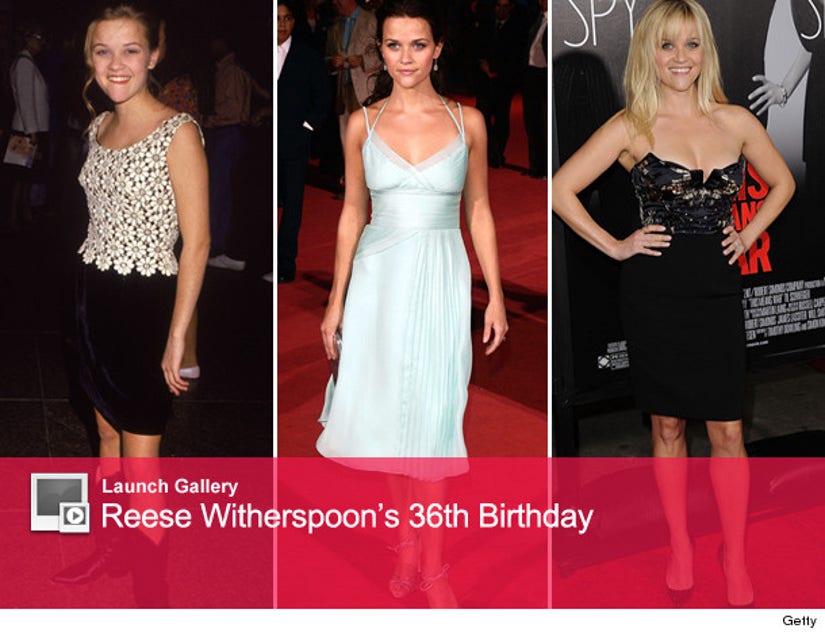 She met ex-husband Ryan Phillippe on the set of “Cruel Intentions” in 1999. The pair shares two children together, Ava, 12, and Deacon, 6. She became a leading lady with the comedy "Legally Blonde" and romantic comedy "Sweet Home Alabama," and an Oscar winner with "Walk the Line."

In 2011, Reese wed Jim Toth after dating for a little over a year, and now it looks like the Oscar-winner will have one more reason to celebrate, the couple just announced that they are expecting their first child together!

Reese has already had an incredible career, and we're excited to see what's next for America's
sweetheart!