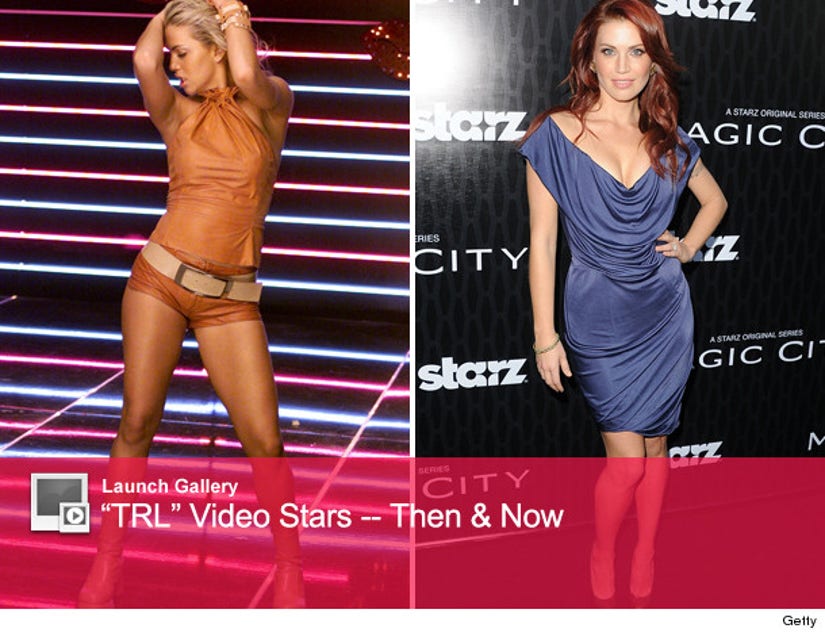 Blonde beauty Willa Ford was a staple of "Total Request Live" back in 2001 thanks to her sexy video for hit song "I Wanna Be Bad" -- and last week, she resurfaced in L.A. ... as a redhead!

The 31-year-old singer has turned to acting in recent years, appearing in the remake of "Friday the 13th" and as Anna Nicole Smith in a biopic.

With the red hair and her slinky Vivienne Westwood dress, Willa still looks amazing -- but what about some of the other female pop stars from the '90s and '00s?

Check out more Then & Now side-by-sides of the "TRL" generation above. While most of their fashions have changed for the better, some of them might shock you!