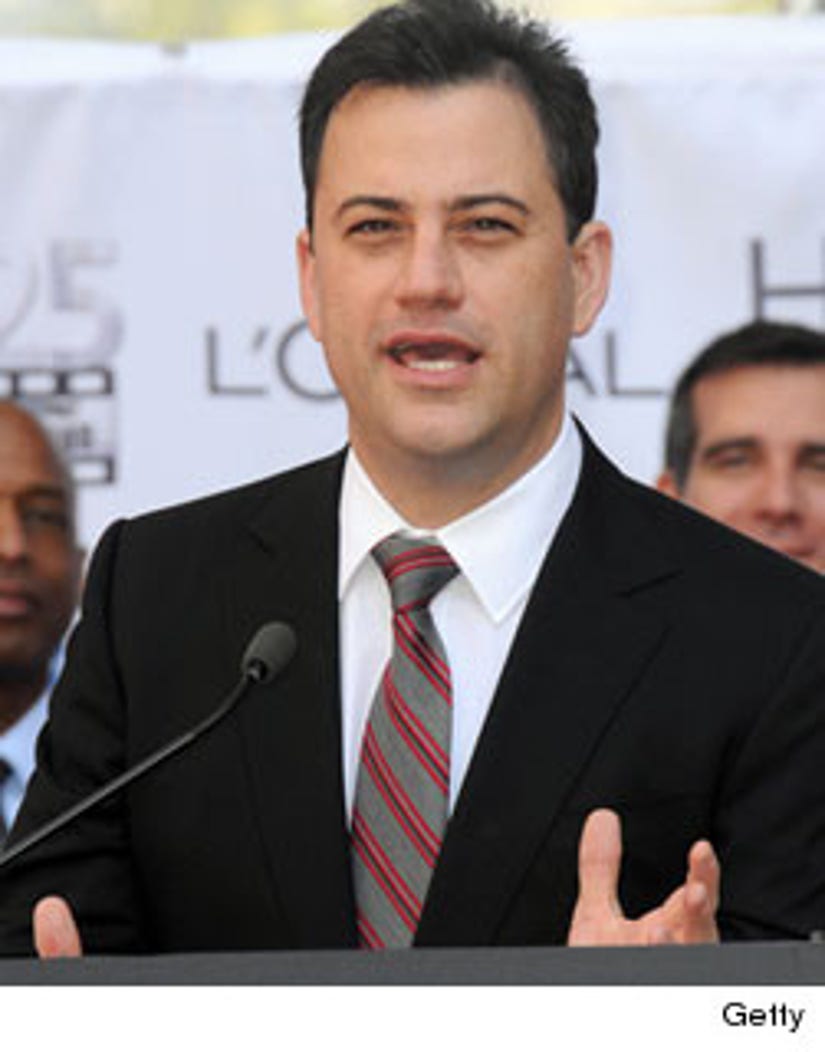 The star and executive producer of "Jimmy Kimmel Live!'' will host the Emmy Awards ceremony on Sept. 23 at the Nokia Theatre in Los Angeles.

"I hope to be able to do for the Emmys this year what Eddie Murphy did for the Oscars,'' Kimmel joked, referring to the comedian who pulled out as host of this year's Oscar ceremony. This is Kimmel's first time hosting the Emmy Awards.

Kimmel's namesake show is in its 10th season on ABC. He previously hosted the American Music Awards and the ESPY Awards and is set to host the White House Correspondents' dinner next month.

ABC also announced that director and producer Don Mischer will executive produce the Emmy telecast. Mischer recently directed and produced the Academy Awards. This is his 12th time at the helm of the Emmys.

He said he's "thrilled'' to produce the Emmys again.

"We love television and look forward to working with the television academy and ABC in creating a show that is fast-paced, humorous, unpredictable, and at times irreverent, but clearly celebratory of our incredible industry,'' Mischer said in a statement Monday.

The Emmy Awards, put on by the Academy of Television Arts and Sciences, honor the best in TV.